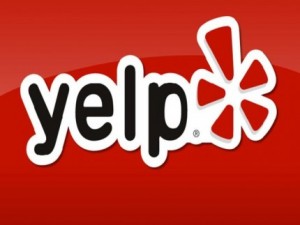 Numerous investors have been very skeptical about the consumer search and review business model. However, Yelp Inc (NYSE:YELP) has managed to maintain its strong trajectory, while simultaneously narrowing its losses. Believers of the company got a solid return from the recent rally of the stock after the company’s 1Q2013 report.

Strong numbers across the board

Yelp Inc (NYSE:YELP)’s growth story continues as the company grew its top-line revenues 68% year-over-year and ended Q1 2013 with $46.1 million. The company has been getting healthy levels of user traffic and grew average monthly unique users 43% on a year-over-year basis and now boasts of 102.1 million visitors. And these visitors are contributing a lot of reviews as well. The company’s total reviews surpassed the 39 million mark, which marks a 42% growth from a year ago.

Yelp Inc (NYSE:YELP)’s exposure to Hotel and restaurant traffic has been limited, as revenues from restaurants category made up only 16% of its local advertising revenue, which reduces competitive forces substantially.

And Yelp’s has been growing the number of paying businesses remarkably with total accounts finishing the quarter at ~45,000 which represents a 63% year-over-year growth. And total free business accounts on Yelp surpassed the 1.1 million mark.

One of the main reasons why investors seemed overly upbeat about Yelp Inc (NYSE:YELP)’s results is the company’s user traffic and subsequent mobile usage. The company’s platform is accessed on a monthly basis by more than 10 million unique mobile devices. And 45% of total searches in the Q1 were done through mobile apps, and taking into account mobile web and apps, the total searches on mobile is in excess of 55%.

In Q1 2013, roughly 36% of Yelp’s ad impressions were delivered on mobile which is a strong increase from the previous quarter when 25% of ad impressions were served on mobile. Yelp is however, in different about the platform through which ads are placed, because the company sells its ads as a bundled subscription including desktop, mobile web and the app.

Higher search volumes on Yelp Inc (NYSE:YELP)’s app and the mobile web will lead to more delivery of ad impressions, thanks to secular trends. This reinforces the belief that Yelp is well poised to monetize its platform on smartphones and tablets, as the company launched display ads on mobile. And most importantly for Yelp, consumer usage of apps reduces the company’s dependence of getting traffic directly from its lead competitor, Google Inc (NASDAQ:GOOG).