Since its founding in 1994, Yahoo! Inc. (NASDAQ:YHOO) has become the fourth-most-visited website in the world, according to Alexa. It’s acquired around 80 different companies to date, and has been making headlines with its more recent acquisition of Tumblr and their rumored buyout of Hulu. How could Yahoo! benefit from these buyouts?

Yahoo! Inc. (NASDAQ:YHOO) announced May 20 that it would acquire Tumblr for $1.1 billion. Shareholders have complained that the price was too high for a company that only brought in $13 million in revenue in 2012. However, Tumblr has only been using advertisements on its site since May 2012, making the year’s revenue slightly misleading. Tumblr is expecting to make $100 million in revenue in 2013.

Tumblr boasts 112 million blogs and 51.9 billion posts, and claims that over 75 million posts are added every day. Its acquisition benefits both Yahoo! Inc. (NASDAQ:YHOO) and Tumblr. The blogging site will be able to utilize Yahoo!’s technology and search capabilities to improve users’ experiences, while Yahoo!’s diverse users could help bring Tumblr a new audience.

Tumblr is expected to grow Yahoo! Inc. (NASDAQ:YHOO)’s internet traffic by 20% and to bring its total monthly visitors to over 1 billion. The merger will put Tumblr in a great position to increase its ad revenue under the direction and experience of Yahoo!, which will be implementing more effective ads to get all the revenue it can from its new purchase. One of the largest areas for ad revenue growth is the large mobile user base of Tumblr; over half of its members use the site’s mobile app, averaging seven sessions per day.

Yahoo! Inc. (NASDAQ:YHOO) CEO Marissa Mayer best described the potential for a symbiotic relationship of Tumblr and Yahoo! on her personal Tumblr blog shortly after the acquisition: “Both companies are homes for brands – established and emerging. And, fundamentally, Tumblr and Yahoo! are both all about users, design, and finding surprise and inspiration amidst the everyday.”

If Yahoo! can successfully increase ad revenues from Tumblr without deterring members the $1.1 billion price tag could seem like a fair price. If not, it will have a hard time recovering from that big of an expense.

Reports came in late May that Mayer was in talks with executives at the video-streaming service Hulu for a possible acquisition. 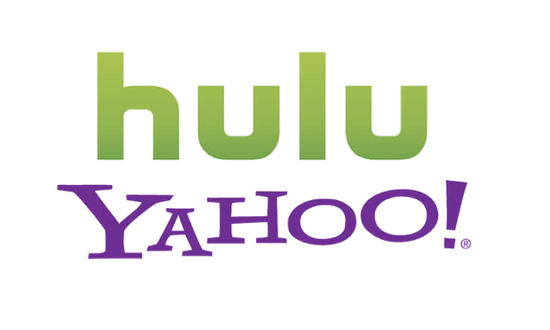 Hulu provides subscription-based and free, ad-supported on-demand video streaming of movies and TV shows, with a subscriber base 1.5 million users; that all together brought in $700 million in revenue in 2012.

Founded in 2007, Hulu has been seen as the main competitor of reigning streaming service Netflix. This is not the first time that Yahoo! has placed a bid for Hulu, though.

In 2011 Hulu weighed options to sell after receiving several offers. Joint owners News Corp, Disney, and Comcast did not sell in 2011, stating that no one would meet their request of $2 billion. Bids reportedly came in from Dish network, Amazon, Yahoo!, and Google Inc (NASDAQ:GOOG); with prices varying from $500 million to around $1.8 billion.

This round, Yahoo! is offering between $600 million to $800 million, which seems like a long shot after Hulu wanted $2 billion just two years ago. But with Mayer personally seeing executives from Hulu, maybe the time is right to sell.

An acquisition like this would bring Yahoo! right into the thick of the video streaming service. This could help Yahoo! to compete with rival Google , which bought video-sharing site YouTube in 2006. That acquisition has brought in billions of dollars for Google.

With these two big-name acquisitions, Yahoo! could be putting itself in a good position to keep building its internet portal. Tumblr will give it a strong presence in the blogging side of the internet, and could possibly bring in  strong revenue if Yahoo! can effectively implement ads in Tumblr’s blogs.

Microsoft Corporation (MSFT) Stock Has a 29% Margin of Safety