Assuming no growth and excluding taxes and other complex details, if Tumblr were to make $100 million in revenue per year, it would take, roughly speaking, more than 18 years for Yahoo! to recover its premium. That does not sound like a good investment.

The best possible outcome is a Tumblr IPO. But that is not going to happen. You know that there is something wrong with the prospects of your venture when you decide to put it on sale. And in the case of Tumblr, I think that there are some growth concerns. I know that they almost doubled their user database size in one year, but Alexa shows that the daily pageviews per user have decreased since this year started, which shows less user engagement. Furthermore, it shows that the daily traffic rank stopped increasing in 2013. Maybe, Tumblr is already “big enough.” 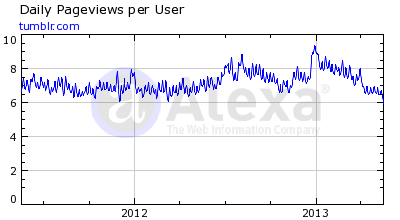 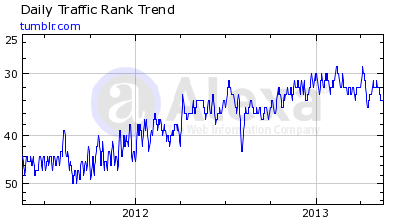 In this way, Tumblr’s monetization remains challenging, and there are some concerns about their user database growth in the future. This makes the $1.1 billion deal quite expensive. 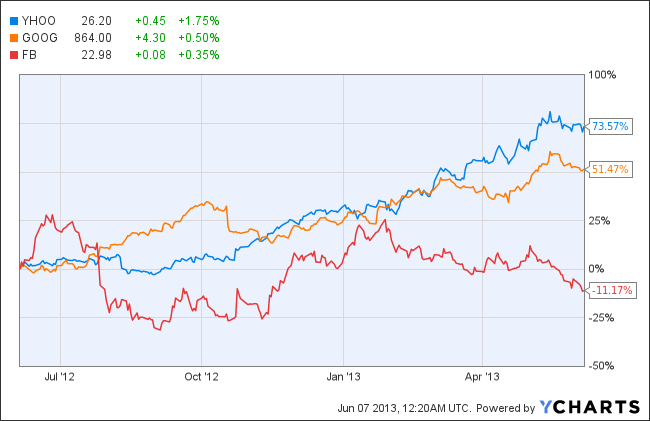 Google Inc (NASDAQ:GOOG) : The main competitor. This is because Yahoo! is still highly dependent on its search engine for revenue: about one third of its net revenue comes from the search engine segment, a place where Google Inc (NASDAQ:GOOG) is the king. Google has an excellent search algorithm and massive traffic. According to ComScore Search Watch (April, 2013), last year, Google’s search engine was responsible for 66.5% of all U.S. search traffic. How about Yahoo!? In February 2012, 13.8%. In April 2013, only 12%.

Notice that unlike Yahoo!, Google Inc (NASDAQ:GOOG) also has its own payments ecosystem: we are talking about the Google Play! store, where Android users can download apps. 30% of the app price goes to Google Inc (NASDAQ:GOOG), which also receives fixed payments for registration from every Android developer. In this way, Google has at least two solid cash cows: the search engine business and the Android business. This allows Google Inc (NASDAQ:GOOG) to be able to invest in new projects as much as it wants: Google+ (the Google social network), Motorola, and many early stars in the valley.

Notice also that when Facebook Inc (NASDAQ:FB) finds a better monetization approach, upward momentum will improve. Yahoo!, on the other hand, is already excellent at monetization, but does not have any “unique asset.” This is why they are so active in acquisitions.