With $25M Investment, Duda Doubles Down on Empowering Agencies

What originally started at a website building platform for SMBs has morphed in a high-growth platform for agencies and SaaS brands. Duda recently announced a $25 million investment round from Susquehanna Growth Equity (SGE), a private equity firm.

The investment brings the total of outside funding to $50M for Duda, and allows them to redefine their R&D and marketing to focus on the digital agency market.

VC firms love the idea of recurring revenue, found in SaaS companies like Workday (NYSE:WDAY), for instance, an early example of platform-based delivery that garnered big VC interest. For SGE, Duda’s appeal is the exponential reach and recurring revenue potential of Duda’s thousands of agency customers.

“While the Susquehanna team and I were initially impressed with the product, it wasn’t until we started speaking with customers that we realized just how powerful the platform is for the thousands of web professionals it serves,” said SGE investor Noa Wolfson in a press release. “Time and again, customers told us that Duda catalyzed the growth of their agencies. The ability to have all site building and client management needs on a centralized, and more importantly, secure, platform saves web professionals time and money.”

Duda CEO and Co-founder Itai Sadan agrees that the future growth potential of the digital agency market is massive, and the company is ready to go all in.

“To date, more than 6,500 marketing and design agencies use Duda every day to launch websites for their clients,” he told Insider Monkey via email. “This investment will help us accelerate R&D and innovate new ways to help these agencies – and their SMB customers – grow sustainably.” 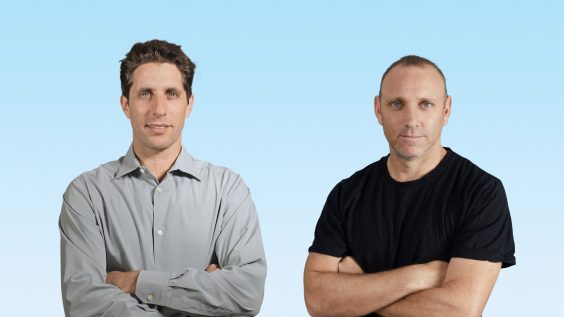 “This investment will help us accelerate R&D and innovate new ways to help these agencies,” Duda CEO Itai Sadan.

One of the features that sets Duda apart is its family of powerful APIs, which allow SaaS platform customers to seamlessly integrate a white-labeled version of the Duda drag-and-drop site builder into their own products.

Other APIs allow agencies to build content libraries and easily create a beautifully designed sites with just a few command lines. Pro designers also have the option of using the drag-and-drop editor, which also supports source code edits. A huge benefit for the agency is they can save templates, widgets and specific interfaces they’ve created in the process of working with one customer, and offer those assets to other customers.

In essence, every website that agencies build on Duda has the potential to raise the quality, functionality and build speed of each successive site.

Web development protocol and best practices are notoriously volatile, with algorithms changing rapidly. For agencies, keeping up with all the changes becomes automatic with Duda as they proactively program their platform to meet changing needs as they occur – for example, when Google changed to a mobile-first indexing model – will automatically push out to all sites built on the platform.

Duda has partnered with some of the biggest players in the industry, including Thryv, Hibu, Italiaonline, 1&1 Ionos, UOL, Sensis, Publicar, Solocal, Telstra, Broadly and Shore. They serve all types of customers, from freelance web professionals and digital agencies, to the largest hosting companies, SaaS platforms and online publishers in the world, with more than half a million websites created through its platform. The Palo Alto company will use this round of investment to accelerate sales and marketing push and grow its Israeli-based R&D team.

Is Axcelis Technologies Inc (ACLS) A Good Stock To Buy ?
Monthly Newsletter Strategy
Download a free copy of our newsletter and see the details inside!
Hedge Fund Resource Center
Related News
10 Stocks That Went Up During The 2008 Crash 10 Movies About Amnesia on Netflix 20 Countries With Highest Military Spending In The World
Billionaire Hedge Funds