Will The Kroger Co. (KR) Put Another Acquisition in Its Shopping Cart?

Having conquered the southern mid-Atlantic region and the Carolinas with its acquisition of Harris Teeter Supermarkets Inc (NYSE:HTSI), will supermarket powerhouse The Kroger Co. (NYSE:KR) add the Northeast to its dominion, one of the few areas of the country where it doesn’t have a presence? 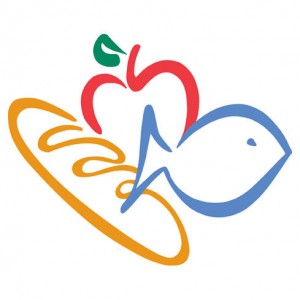 While the grocer itself recently said it would be at least six months before it could consider making more acquisitions, a Wall Street Journal article last week suggested The Kroger Co. (NYSE:KR) is on the short-list of candidates to buy up Great Atlantic & Pacific Tea Co., which recently emerged from bankruptcy and also operates the Pathmark, Food Emporium, Waldbaum’s, and A&P chains. While it has a presence in Delaware and Maryland, states that The Kroger Co. (NYSE:KR) is already well acquainted with, A&P, as the corporate giant is more commonly known, is heavily represented in Connecticut, New York, New Jersey, and Pennsylvania, areas that The Kroger Co. (NYSE:KR) — and Harris Teeter Supermarkets Inc (NYSE:HTSI), for that matter — have yet to penetrate.

It’s certainly a rich market to tap. Even the ailing A&P chains had racked up almost $9 billion in sales before entering bankruptcy protection in 2010. But intense competition from mass retailers like Wal-Mart Stores, Inc. (NYSE:WMT) and Target Corporation (NYSE:TGT), as well as the deep discounters like Dollar General Corp. (NYSE:DG) and Dollar Tree, Inc. (NASDAQ:DLTR) that added food and other consumables to their aisles, cut into performance.

The Northeast is also a high-cost region to operate in, particularly because of labor costs, and it was only because of concessions approved by the heavily unionized chain that A&P was able to be bought by private equity in bankruptcy rather than sold off piecemeal. Add in a series of ill-timed acquisitions such as the 2007 buyout of the Pathmark chain, which itself has been a perennial underachiever, and the addition of a boatload of debt, and A&P has not been a top-notch profit center.

The Journal puts a potential value on A&P at around $1 billion, and also names Stop & Shop parent Ahold as a potential acquirer, as well as P/E firm Cerberus Capital Management, but there are doubts any of the three would actually want A&P at the moment.

As mentioned, The Kroger Co. (NYSE:KR) is still swallowing Harris Teeter and has said it needs time to make more acquisitions. Royal Ahold is also said to be leery about doing large acquisitions these days, while Cerberus recently finished acquiring the Albertsons and Acme chains from SUPERVALU INC. (NYSE:SVU) for $3.3 billion.