Will Apple Inc. (AAPL) Ever Be Dethroned In Robert Raiff’s Portfolio?

Robert Raiff has been known for a long time for his investment in traditional value stocks, carefully selecting companies that have attractive cash flow and little or no debt. He is the manager of Raiff Partners, which is a hedge fund located in Midtown West, New York City. Raiff has vast experience in the financial markets, having worked for billionaire George Soros’ Soros Fund Management and C.J. Lawrence Inc. prior to that. His current hedge fund submitted its 13F to the U.S. Securities and Exchange Commission for the period of March 31, 2015. From the fund’s filing, it is clear that it has a diversified portfolio, although its top three sectors: technology, services, and healthcare, constituted 66% of its total holdings. The firm had $106.54 million in public equity portfolio value and more than $120 million in assets under management. The filing also reaffirmed Raiff’s confidence in Apple Inc. (NASDAQ:AAPL). The stock has remained atop its portfolio since the end of the third quarter of 2013, when it represented 15.53% of its total holdings at that time. At the end of the first quarter of 2015, the stock represented 20.32% of its holdings, with Raiff having upped his stake in the stock during the quarter. The question that many are asking is whether Apple Inc will ever be dethroned as the fund’s top investment, given Raiff’s appreciation for free cash flow and Apple’s abundance of said metric. We say…if it happens, it will take time. In this article, we look at the firm’s top three holdings, namely, Apple, and the two stocks closest to dethroning it, AT&T Inc. (NYSE:T), and Valeant Pharmaceuticals Intl Inc (NYSE:VRX). 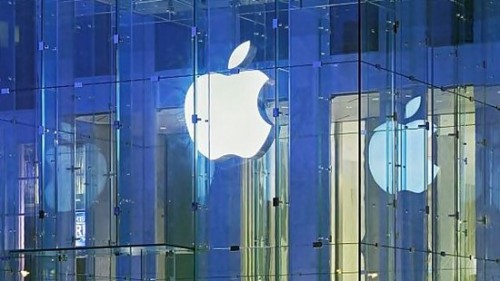 Raiff Partners is just one of more than 700 hedge funds that we have in our database, whose public equity portfolios we collate quarterly as part of our small-cap strategy. Even though most smaller investors believe that tracking 13F filings is a fruitless endeavor because they are filed with a delay of a maximum of 45 days after the end of a calendar quarter, the results of our research prove that is not the case. To be on the safe side, we used a delay of 60 days in our backtests that involved the 13F filings of funds between 1999 and 2012 and we still managed to gain an annual alpha in the double digits. Moreover, since the official launch of our strategy in August 2012, our small-cap strategy has obtained returns of more than 142%, beating the S&P 500 Total Return Index by greater than 84 percentage points (see the details).

Like we mentioned above, Apple Inc. (NASDAQ:AAPL) remains Robert Raiff’s most-valuable holding. At the end of the first quarter of 2015, the fund held a total of 174,000 shares of the stock, with a market value of $21.65 million, having upped his stake by 7% from the previous quarter. The fact that the stock represents over 20% of its total holdings and the fact that its second biggest-holding, which is a new purchase, represents only 8.42% shows clearly that Raiff loves the stock and has a great deal of faith in it. There are several reasons why a fund would want to own part of the Cupertino, California-based technology company, unarguably the most popular and talked-about company in the world today. This year, Apple Inc. (NASDAQ:AAPL)’s shares have grown by over 15% thanks to the mammoth sales of the iPhone 6 and iPhone 6 Plus, with bigger screens. However, shares have stalled of late as investors seem to be unsure of where the company and its stock turn to for significant growth from here. The consensus now appears to be that the Watch’s sales will disappoint, and Apple is already prepping a Watch 2. And there’s the question of what the next big catalyst to push the next round of iPhone sales will be, now that bigger screens has been used up. Could the rumored self-healing screens that Apple is working on be that catalyst? Either way, with the aforementioned wads of cash at its disposal, Apple’s potential for growth is endless, even if the means to do so are relatively unknown at this time. At the end of the first quarter of 2015, billionaire Carl Icahn remained the biggest shareholder of the stock in our database, with 52.76 million shares followed by billionaire Ken Fisher’s Fisher Asset Management.

Ambarella Inc (AMBA) Tanking After Citron Research Report; Buy Or Steer Clear...
Monthly Newsletter Strategy
Download a free copy of our newsletter and see the details inside!
Hedge Fund Resource Center
Related News
This Hedgie Sold A Bunch Of Apple (AAPL) And Put It Into These Tech Stocks Billionaire Cooperman Isn’t Gambling With These Stocks Anymore Brilliant Jim Chanos Betting On Watches (Of The Apple Variety) And Online Security With His Top Tech Stocks Billionaire Asness’ Secret Formula Points To Apple, Microsoft, and Pfizer Apple Inc. (AAPL) Out, CBS Corporation (CBS) In As Laurion Capital’s Top Pick Alibaba Group Holding Ltd (BABA), Apple Inc. (AAPL), and Facebook Inc (FB): These Two Billionaires Are All Over These Tech Stocks Why Apple Inc. (AAPL) Couldn’t Save Cascabel Management From Underperformance, Closure 8 Best Places To Visit in Nigeria Before You Die 10 Most Expensive Cities in the World to Visit 6 Biggest Gaming Conventions in the US
Billionaire Hedge Funds