Why You Should Purchase Seagate Technology PLC (STX) and Western Digital Corp. (WDC)

Over the past couple of years, investors have become increasingly concerned about the future of Western Digital Corp. (NASDAQ:WDC) and Seagate Technology PLC (NASDAQ:STX). Both companies make hard drives (HDDs), and together the two companies control 85% of the hard drive market. Clearly, both companies are the biggest powerhouses in the industry.

However, PC sales have been declining and a different type of drive using solid state technology (SSDs) has emerged in the past couple of years. This has caused investors to be concerned about the future of the HDD companies.

Why investors are concerned 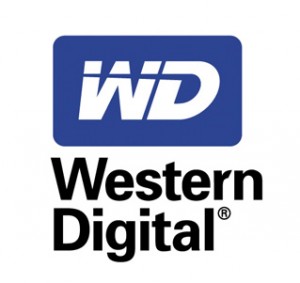 Smartphones and mobile devices such as tablets are steadily increasing market share, while PC sales have been suffering. PC sales were down almost 15% compared to last year. Western Digital Corp. (NASDAQ:WDC) and its competitor, Seagate Technology PLC (NASDAQ:STX), sell a large number of HDDs to the PC market. The decline of PC sales could be seen as a cause for concern for the two companies.

High-end laptops such as ultrabooks have also gained ground in the market, and these devices typically use SSDs instead of HDDs. This is because ultrabooks are very thin and lightweight, so they need a memory storage device that is smaller. Another benefit is that SSDs are much faster than HDDs, which is a benefit for high-end machines.

While SSDs are more expensive that HDDs, the gap in price between of the two types of devices is closing. A 500GB HDD can be purchased for under $100, while a SSD of the same capacity will cost over $300. As the price gap closes, sales of HDDs are projected to decline in the mid-teens this year.

The positives for HDD stocks

Even though SSDs are getting a lot of hype, they still have a small market share. The market for HDDs will drop from $38 billion to $32 billion in the next two years. However, even in 2014, the SSD market share is still going to be small by comparison. A majority of market share will still be HDDs, even with the increase in the number of mobile devices.

Both Seagate Technology PLC (NASDAQ:STX) and Western Digital Corp. (NASDAQ:WDC) might lose market share from the decline in PC sales, but HDDs will still be in high demand in the business market. Even in the future, companies will still need affordable storage for business and cloud servers. Business sales for Western Digital have been very strong, increasing by nearly five million units compared to the same quarter last year.

Cloud computing is becoming very popular. Services like Google Inc (NASDAQ:GOOG) Drive and Dropbox are in high demand. Microsoft Corporation (NASDAQ:MSFT) Skydrive has also entered the game, plus Apple Inc. (NASDAQ:AAPL) iCloud is popular as well. Customers prefer having access to files no matter where they are or what device they are using.

Even social network sites like Facebook Inc (NASDAQ:FB) require quite a bit of bandwidth. All these services will mean that business storage space will be in demand for the foreseeable future. Since SSDs are still more expensive, analysts are debating whether SSDs or HDDs will make more financial sense for these services in the future. Either way, according to Cisco Systems, Inc. (NASDAQ:CSCO), cloud service traffic will increase 40% each year for the following three years. Someone will be getting a big share of this business.