The Worldwide Developers Conference should be a catalyst for Apple stock as the company is set to announce a string of new products. Just like in the previous year’s Apple Inc. (NASDAQ:AAPL) is not taking anything to chance as media outlets wait to report some of the biggest announcements out of the conference. Speaking to CNBC, FBR Capital Management director, Daniel Ives, agreed with rumors that Apple is set to unveil a Spotify rival as it moves to make its presence felt in the streaming business. 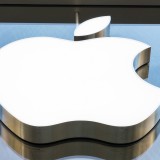 The unveiling of the streaming service comes on the heels of Apple Inc. (NASDAQ:AAPL) acquiring Beats for $3 Billion a service that it plans to integrate into its iTunes service. A decline in download sales with iTunes is seen as one of the reasons that Apple is moving to unveil a streaming service to rival Spotify.

Apple might be late in the streaming business, but there is no denying that it is sure to have disruptive effect thanks tohundreds of millions of iTunes users

The conference also presents a perfect opportunity to hear what plans Apple Inc. (NASDAQ:AAPL) has for its Apple TV subscription plan. However, Ives does not expect the service to be unveiled at the developer’s conference even though it has been long since the company carried out a major update of its set top box.

“I do not believe that they will introduce the TV service in terms of the streaming service at the actual conference. I do believe they are going to give some bread crumbs in terms of talking about their vision of the TV the integrated one stop shop which we view as the next Apple TV,” said Mr. Ives.

Apple Pay may be barely one-year-old, but Apple Inc. (NASDAQ:AAPL) is not relenting on unveiling new updates as it moves to affirm its position in the space. A rewards program for people using the service could be in the offing according to rumors making waves online.

Apple will be looking to get many people into using the service most of whom have remained over the fence. Ives also expects Apple Inc. (NASDAQ:AAPL) to shed more light on its plans for augmented reality as well as the ongoing talk that there are plans to develop a semi-autonomous car. Ives affirms that he would be a buyer of Apple stock on the developments at the WWDC conference