Why Is Joseph Edelman’s Hedge Fund So Bullish On AcelRx?

In a disclosure of its holdings, Joseph Edelman’s Perceptive Advisors made public that it currently owns 6.57 million shares of AcelRx Pharmaceuticals Inc (NASDAQ:ACRX) last week. The fund remains bullish regarding the pharmaceutical company, acquiring 200,000 shares at around $6.50 each, following the purchase of 515,700 shares of common stock last week. This large transaction comes only a week after AcelRx presented its third-quarter results. 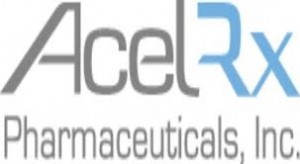 Despite announcing a net loss of $11.0 million, or $0.26 per share, for the third quarter of 2013, the specialty pharmaceutical firm had good news to share with investors. Richard King, president and CEO of AcelRx, stated during the presentation, that the company is “working diligently to prepare Zalviso to be well positioned for launch in the US market, subject to regulatory approval.”

The much anticipated launch of Zalviso, an acute  pain management system for health providers, was surely taken into account by Joseph Edelman’s Perceptive Advisors.  The completion of the Phase 3 development program for Zalviso, was largely responsible for the net loss AcelRx experienced over the past quarters. However, as the product is soon bound to be launched commercially, the company anticipates solid earnings.

Despite being the largest shareholder amongst hedge funds, Perceptive Advisors is not the only investment firm with a bullish sentiment towards AcelRx. Benjamin J. Taylor’s  Sophrosyne Capital holds more than 732,000 shares of common stock, which represents 5.32 percent of its portfolio. Alydar Capital, which is managed by John Murphy, owns another 492,311 shares, and is the third largest hedge fund bull in our list. Along with these three investment firms, Grt Capital Partners, and Richard Driehaus’ Driehaus Capital, hold around 188,000 shares each. With good long-term prospects, all these hedge funds are looking to make a profit from their bullish stance towards AcelRx.

Perceptive Advisors, a long-short hedge fund which focuses on biotech, was founded by Joseph Edelman in 1999. The fund has been generating solid returns since its foundation, gaining 24% in 2009, and 16% in 2010. The investment firm’s portfolio amounts to an estimated value of $991 million, with over 85% of its assets stemming from the healthcare sector.