Google Inc (NASDAQ:GOOGL) is the only potential suitor of Twitter Inc (NYSE:TWTR) if ever there is acquisition talks going on between the social network and any other large technology firm, Charles Sizemore says in an interview with CNBC.

According to the Sizemore Capital Management chief information officer, Google Inc (NASDAQ:GOOGL) is the only company that has the ability to acquire Twitter Inc (NYSE:TWTR) and the reasons to do so.

“If there is any sort of potential deal in the works, it’s probably Google [that is interested in Twitter] just by process of elimination. There is really not that many big tech companies out there that would have the cash or the ability to buy a company of Twitter’s size. Twitter is a $34 billion market cap company. There’s just not that many companies [with that much cash on hand],” Sizemore said.

Twitter Inc (NYSE:TWTR), as mentioned by the executive and investor, has a total float somewhere between $33 billion and $34 billion. Google Inc (NASDAQ:GOOGL) has about $60 billion of cash on hand. 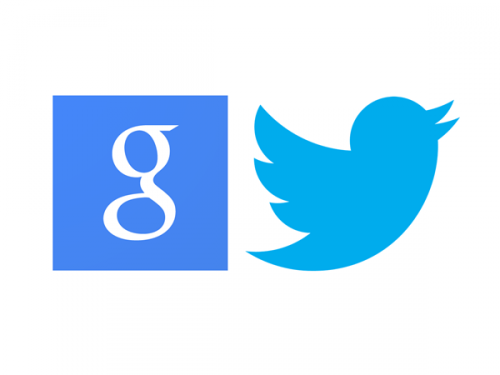 Meanwhile, other potential suitors are not really suited for Twitter Inc (NYSE:TWTR) the way Google Inc (NASDAQ:GOOGL) is, Sizemore continued.

For example, Apple Inc. (NASDAQ:AAPL) which has about three times Google’s cash, is a consumer electronics company. Microsoft Corporation (NASDAQ:MSFT) which is said to have about $30 billion more cash on hand than Google, he said, is more of a business services company. Facebook Inc (NASDAQ:FB) is a rival and wouldn’t want to touch Twitter if only for antitrust reasons, Sizemore said.

“So that really leaves Google by process of elimination. There is just nobody else big enough or with a big enough cash hoard that would be able to make a serious run at it,” he said.

Nonetheless, Sizemore cautioned people that this is nothing more but a rumor at the moment. Twitter’s stock reacted positively on Tuesday to the rumor that Google may be making a takeover bid of the company. It’s also important to note that Google has an interest in social networks as it has Google+. However, recent indicators, such as Google splitting components of Google+ and integrating them into different products, point to the possibility that it has given up on making a mainstream rival to Facebook and Twitter.