U.S employers hired more people in October than in any other month this year, pushing the unemployment rate down to 5% from 5.1%. However, this freshly-revealed news does not stand behind the surge of the four stocks that we will be discussing in this article. Let’s see what has instead propelled investors to become so excited about the stocks contained within. 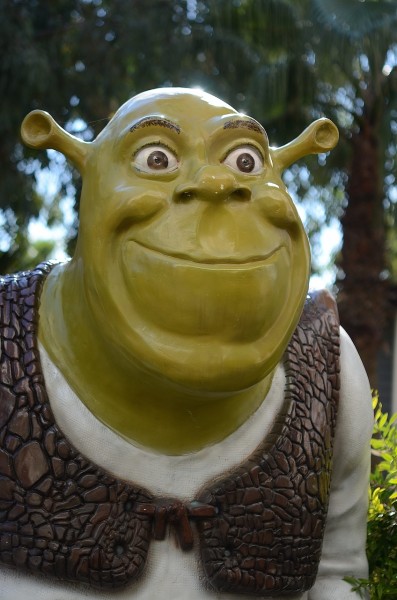 Let’s kick off our discussion with Shake Shack Inc. (NYSE:SHAK), which saw its shares advance by more than 4% in pre-market trading. However, some of those gains have faded away after the opening bell, with the stock currently up by nearly 2% thus far in today’s trading session. The burger chain’s stronger-than-expected earnings and revenue stand behind today’s move. Shake Shack Inc. (NYSE:SHAK) reported total revenue of $53.3 million for the quarter, up by 67.4% year-over-year. Its earnings per share came to $0.12, compared with EPS of $0.03 reported a year ago. The analysts polled by Thomson Reuters had anticipated earnings per share of $0.07 on revenue of $47 million. Shake Shack also raised its full-year revenue guidance to $189 million-to-$190 million from $171 million-to-$174 million.

The shares of Shake Shack are 10% in the green year-to-date, despite losing more than 45% since mid-May. Eight hedge funds monitored by our team owned the stock at the end of the second quarter, compared to six reported in the prior one. Similarly, the value of their investments increased to $18.63 million from $8.19 million quarter-over-quarter. Israel Englander’s Millennium Management acquired a 53,102-share stake in Shake Shack Inc. (NYSE:SHAK) during the June quarter.

Moving on to Dreamworks Animation Skg Inc. (NASDAQ:DWA), the Glendale-based animation studio also delivered stronger-than-expected financial results for the third quarter. As a result, the stock is up by more than 15% thus far in today’s trading session. Dreamworks reported third quarter revenue of $259.2 million, which was up by 43.3% year-over-year. Its latest animated movie “Home”, which was released domestically at the end of March, played a crucial role in the strong performance delivered by the company. Dreamworks Animation Skg Inc. (NASDAQ:DWA) reported a net loss of $3.5 million or $0.04 per share, mainly owing to restructuring charges. Excluding those restructuring charges, the company’s net income added up to $1.4 million or $0.02 per share. In the meantime, analysts had anticipated a net loss per share of $0.13 or adjusted net loss per share of $0.05.

The stock lost some of its charm among the hedge funds tracked by our team during the second quarter, with the number of top asset managers invested in the company decreasing to eight from 13. These investors amassed 34% of the company’s outstanding common stock on June 30 however. Mason Hawkins’ Southeastern Asset Management owned 16.45 million shares of Dreamworks Animation Skg Inc. (NASDAQ:DWA) at the end of June.

The next page of the article discusses two other strong performers in today’s trading session.

Why Are These 4 Stocks Imploding Today?
Monthly Newsletter Strategy
Download a free copy of our newsletter and see the details inside!
Hedge Fund Resource Center
Related News
Apple (AAPL) Has These Semiconductor Stocks Rallying Today Investors Excited about New Development in the Semiconductor M&A Space What Do Hedge Funds Have to Say about the Upcoming Merger between PMC-Sierra and Skyworks Solutions? Does Hedge Fund Sentiment Come in Line with Analyst Upgrades on These Stocks? Hedge Fund Sentiment Suggests These Stocks Trading in Red are Not Worth Your Attention Ray Dalio Sells Off Several Sizable Positions, Including One Of His Top Picks Shake Shack Inc (SHAK) Jumps 10% In Pre-Market After Impressive Second Quarter Earnings: Is It A Buy Now? 11 Most Affordable Countries to Live in Africa in 2015 11 Cities with the Highest Average Temperature in the World 5 Best Child Tracking Apps and Devices For Anxious Parents
Billionaire Hedge Funds