James A. Star’s Longview Asset Management likes General Dynamics Corporation (NYSE:GD), an aerospace and defense company, a lot. At the end of June the fund reported owning over 33 million shares of the stock, and its position in General Dynamics was valued at over $2 billion (see other stocks that Longview owns). Since that time the stock is up about 2%. According to our database of 13F filings, this was by far the largest position in the stock. The next largest was the 3.9 million shares owned by Warren Buffett’s Berkshire Hathaway (find other stocks in Warren Buffett’s portfolio). Both Berkshire and Longviews’s positions were unchanged from the beginning of April. Billionaire Thomas Steyer’s Farallon Capital increased its stake in the second quarter, to a total of 1.1 million shares.

The first half of the year showed little change on the top line for General Dynamics Corporation, as its revenue only rose by 1%. Operating earnings edged up a bit higher, and other income helped drive earnings per share up by a total of 2%. General Dynamics consists of four major operating segments which earned between $2.7 billion and $5.6 billion during the first six months of 2012. Information Systems and Technology, the largest of these, is growing: revenue rose 13%, and operating income increased from $444 million to $575 million. The second largest segment, Combat Systems (which provides combat vehicles such as tanks), also showed growth. Essentially, the larger segments are growing and the smaller segments are shrinking- which, if this trend continues, would result in an increased growth rate going forward.

Obviously, potential investors should have mentally pointed out by now that General Dynamics Corporation is highly dependent on military spending by the U.S. government (according to the company’s 10-Q, over 2/3 of revenue comes from the federal government) and that under current law there will be significant cuts to spending starting in 2013. This is something that we would expect to harm the business as a whole. The market, which prices General Dynamics at 10 times trailing earnings despite a dividend yield of 3.0%, seems to be counting on such a decline in the company’s business. Wall Street analysts don’t think that spending cuts will have much of an effect, and the forward P/E based on their estimates is actually even lower at 9.

Given the dynamics (sorry) of the company’s revenue, it is probably optimal to compare it to defense-oriented peers which face the same federal spending related challenges. We would include The Boeing Company (NYSE:BA), Lockheed Martin Corporation (NYSE:LMT), Textron Inc. (NYSE:TXT), and Northrop Grumman Corporation (NYSE:NOC) to make for a good peer group. Textron is growing nicely, and its product base is somewhat diversified, but it carries a quite high price premium relative to the rest of the companies we’ve mentioned: its trailing P/E is 18, with the next highest being Boeing (which, of course, is also somewhat diversified from dependence on the federal government) at 12. The forward P/E at Textron, however, is only 11 and we think it could be worth studying further. Boeing, meanwhile, is expected to see stagnant business over the next year leading to no change in its P/E. Its recent earnings growth has been very low as well.

General Dynamics, Lockheed Martin, and Northrop Grumman look pretty alike: cheap on a historical basis, but facing significant challenges in terms of spending cuts from the U.S. government. Boeing and Textron are safer, but seem to carry valuation premiums about in line with their relative advantages. Unless Textron’s growth story continues, none of these companies looks like a particularly confident buy.

Can Target Keep Beating the Market? 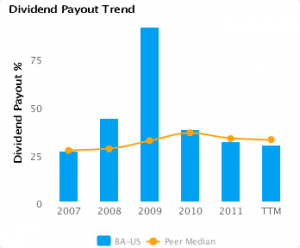 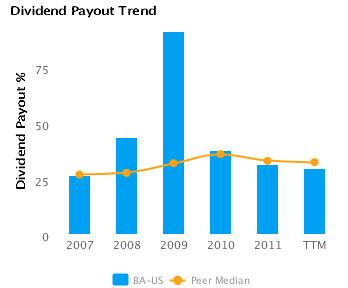 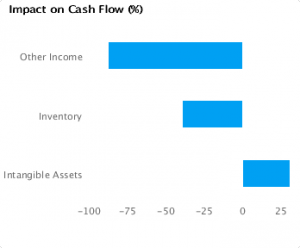 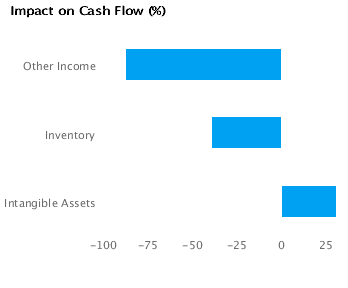 Warren Buffett News: How You Should View Cash
Monthly Newsletter Strategy
Download a free copy of our newsletter and see the details inside!
Hedge Fund Resource Center
Billionaire Hedge Funds