How is it possible that Cyprus, a Mediterranean island smaller than the state of Connecticut, has been able to captivate the financial media for the past eight days? It’s a 10 billion-euro problem, as BlackRock CEO Larry Fink reminds us. That’s roughly the amount that Apple will have paid out in its first full year of paying a reinstated dividend, to say nothing of the $137 billion in cash and equivalents on the iPhone maker’s balance sheet. 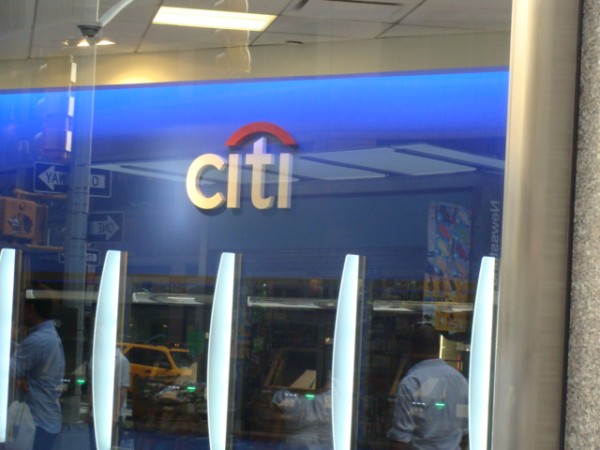 How Big Is Cyprus? | Create infographics

Yet news of the country’s proposed bailout by the European Union and International Monetary Fund sent stocks hurtling lower to start off the past week. A headline from The Wall Street Journal last Monday read “Cyprus Deal Rattles Markets.” And after the market closed the same day, Reuters chimed in: “Wall Street ends lower on angst about Cyprus bailout plan.”

The asymmetry between cause and effect here is a function of two things. First, immediately on the heels of the initial announcement, the Cypriot government announced that it would fund its portion of the bailout by levying a tax on bank deposits. As originally contemplated, those with 100,000 euros or more in the bank would face a tax of 9.9%, while those with less would be subjected to a 6.75% haircut.

Suffice it to say, this wasn’t popular — and particularly among wealthy Russians, who store huge amounts of cash in the island’s banks. And here in the United States, it suggested to some that the sanctity of deposits is not as inviolable as once assumed. As the entertaining but notoriously alarmist financial blog Zero Hedge put it, like the United States, Cyprus, too, had deposit insurance.

The second explanation for the asymmetric effect is that, to steal a phrase from a completely different genre, it’s not the size that matters. Whether or not Cyprus is able to satisfy its obligations under the bailout — which, in turn, would release the flow of international funds — is not merely a test of the tiny island. It’s also a test of the so-called experiment of the European Union, the largest aggregated economy in the world.

The concern is that if Cyprus were to irrationally leave the shared currency union in an effort to print its way out of the current mess — which may seem like an attractive option to unwitting politicians in the short term — it could threaten the union’s entire constitutional edifice. It’s like the first fissure that precedes a dam failure.

Just to be clear, I don’t subscribe to this line of thinking. In fact, steps taken by both Cypriot and European policymakers seem to be heading any potential break off at the pass. Yesterday, for example, the European Commission called for the island to limit any movements of capital that hurt its financial stability, despite the fact that EU law requires the free movement of capital. And according to the Journal, lawmakers in Cyprus have now adopted a “radical bank-restructuring plan that would close its second-largest lender and see its big depositors lose much of their savings.” While both of these possibilities remain works in progress, they show that steps are being taking in the right direction.

In the meantime, it’s probably safe to assume that stocks around the world will continue to be roiled by events in Europe. While the S&P 500 mounted a re-ascent throughout the end of last week, this upcoming Monday could be another critical catalyst, as that’s when the European Central Bank has said it will cut off emergency liquidity to Cypriot banks if the country’s government doesn’t come up with 5.8 billion euros in additional revenues.

With respect to particular stocks, moreover, the ones in the financial sector will probably be at the center of attention. Indeed, even though banks such as JPMorgan Chase & Co. (NYSE:JPM) , Wells Fargo, and Citigroup Inc. (NYSE:C) were all given approval by the Federal Reserve to return more capital to shareholders two weeks ago, they nevertheless finished last week lower than where they were befor the Fed’s announcement. The one exception to the rule was Bank of America Corp (NYSE:BAC) , thanks to the surprisingly large share-buyback plan that regulators gave their OK to.

The article Why Cyprus Matters originally appeared on Fool.com.

A Bet On The Smartest Bankers In The Business: Goldman Sachs Group, Inc. (GS...7 Things You Need to Know About PNC Financial Services (PNC): Citigroup Inc...