The “Worth” of Spectrum 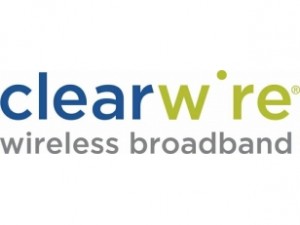 The Clearwire Corporation (NASDAQ:CLWR) faithful believe that the value in the company lies in its spectrum. In case you didn’t know, wireless spectrum carries data like an interstate carries vehicles. A shortage of spectrum can cause data to run slower — like a traffic jam on the interstate. Thus, with more and more people using wireless data, spectrum is valuable.

This outrage includes letters to the FCC and public statements from the likes of Comcast, Bright House, and Intel. In fact, Mount Kellet, who owns 3.6% of Clearwire, states that Clearwire is worth $6.30 a share — making its spectrum worth $18 billion.

In the end, Sprint felt obligated to raise its bid to $3.40. However, there is no certainty that Clearwire investors will accept that bid. They obviously believe that their spectrum is worth a significantly greater premium to $0.17/MHz.

The Reality of Supply & Demand

While Clearwire investors want to boast the value of their spectrum, they should probably remember Clearwire’s deep financial constraints. The company and its spectrum were trading at just $0.90 back in July of last year! But even though its fundamentals have worsened since then, large investors now assert that the company’s suddenly worth $6.30?

In order to acquire Clearwire’s spectrum, Sprint must also acquire the entire company, which comes with a lot of baggage. Clearwire has never posted a profit, has zero growth, and has operating margins of -93.35%!

In addition, the company has a debt-to-assets ratio of 56%, which has more than doubled in three years. Clearwire has almost $7 billion in liabilities, a $2.35 billion accumulated deficit, and nothing close to positive operating cash flow. In many ways, Clearwire is one of the most inefficient businesses in the market — but it has an asset that its shareholders believe to be “valuable.”

When you break down the severity of Clearwire’s fundamentals, I think many would agree that Clearwire should be thrilled that Sprint upped its offer to $3.40.  If Sprint didn’t counter, and Clearwire’s shareholders snubbed its initial offer, then Clearwire’s most likely outcome was bankruptcy. The company doesn’t have the operational leverage or the profits to continue at its current pace.

I suggest that shareholders swallow their pride — and their assessment of “value” — to accept Sprint’s generous offer.

The article Why Clearwire Shareholders Need to Vote Yes originally appeared on Fool.com and is written by Brian Nichols.

Brian is a member of The Motley Fool Blog Network — entries represent the personal opinion of the blogger and are not formally edited.