After a bit of wobbling around the opening, equities seem to be heading north, as the upward momentum is still strong ahead of the earnings season. However, several stocks are getting hammered today, most notably Transocean LTD (NYSE:RIG), Chesapeake Energy Corporation (NYSE:CHK) and Freeport-McMoRan Inc (NYSE:FCX). In this article we’ll discuss the news that triggered this avalanche and how is smart money positioned towards each stock. 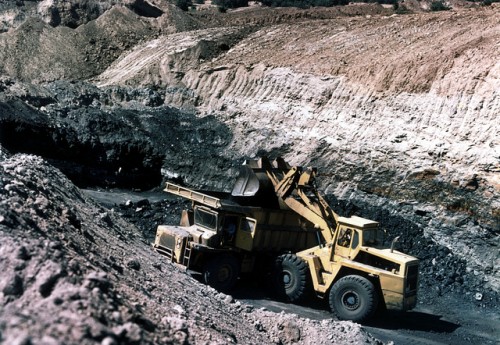 Let’s first take a step back and analyze how tracking hedge funds can help an everyday investor. Through our research, we discovered that a portfolio of the 15 most popular small-cap picks of hedge funds beat the S&P 500 Total Return Index by nearly a percentage point per month on average between 1999 and 2012. On the other hand the most popular large-cap picks of hedge funds underperformed the same index by seven basis points per month during the same period. This is likely a surprise to many investors, who think of small-caps as risky, unpredictable stocks and put more faith (and money) in large-cap stocks. In forward tests since August 2012 these top small-cap stocks outperformed the market by an impressive 53 percentage points, returning over 102% (read more details here). Follow the smart money into only their best investment ideas all while avoiding their high fees.

Back to the losers now. Freeport-McMoRan Inc (NYSE:FCX) stock is battered as investors are worried by the latest news coming out of Indonesia. The Indonesian government has announced plans to amend the rules regarding mining contract extension by the end of the year. Although the Freeport-McMoRan said it received assurances that its contract, which runs out in 2021, will be extended, it was not enough for investors, as the stock plummeted by as much as 6% during the first hours of trading. Freeport runs the Grasberg copper and gold mine, one of the country’s largest, and has been seeking assurances of a contract extension for the past two years. As the present rules allow negotiation to commence only two years before the end of the contract, this term is subject to revision and could be increased to 10 years.

Hedge fund legend Stanley Druckenmiller has high hopes for Freeport-McMoRan Inc (NYSE:FCX), which is among his top 10 stock pics. According to its latest 13F filing, Duquesne Capital holds 3.54 million shares, a position built throughout the second quarter. Recently, activist investor Carl Icahn also has initiated an 8.80% position that contains 100 million shares of the company and has obtained two seats on Freeport’s board (see details). The stock’s fan club has grown during the second quarter, with the number of funds holding stakes in Freeport-McMoRan having increased to 41, while the total value of their investments more than doubled to $581 million. Still, the holdings of the hedge funds from our database (excluding Icahn) accounted for only 3% of the company’s common stock at the end of June.

On the next page we’ll discuss two other stocks that are tanking following analyst reports.

3 Stocks Hedge Funds Were Snapping Up During the Crash

Best Performing Hedge Funds Strategy
Download a free copy of our newsletter and see the details inside!
Hedge Fund Resource Center
Related News
Freeport-McMoRan Inc. (FCX) Surges As Carl Icahn Receives Two Board Seats Hedge Funds Only Like One of These Two Trending Stocks and Here’s Why You Should Follow Them 3 Stocks That Won’t Be Saved By Market Gains Why Carl Icahn And Other Hedge Fund Titans Are Bullish On This Mining Company 3 Stocks Getting Clobbered Today For Very Different Reasons 5 Very Cheap Energy Stocks Ready To Explode 5 Companies That May Suffer From A Potential Rate Hike 10 Most Commonly Sold Commercial Jets to Airlines Top 10 Largest Rivers in the World by Volume 12 Popular Science Myths Debunked
Billionaire Hedge Funds