Gap Inc, ANI Pharmaceuticals, Ruby Tuesday: Why Are These Stocks Getting Crushed Today?

It’s been a disappointing day for investors of Gap Inc (NYSE:GPS),  BioCryst Pharmaceuticals, Inc. (NASDAQ:BCRX), Ruby Tuesday, Inc. (NYSE:RT), and ANI Pharmaceuticals Inc (NASDAQ:ANIP), as the value of their shares are down by 5.6%, 11.3%, 14.2%, and 9.0%, respectively, in afternoon trading. Let’s take a closer look at the downside catalysts and examine hedge fund sentiment towards the four stocks. At the end, we will reveal the smart money’s top pick among the four red stocks. 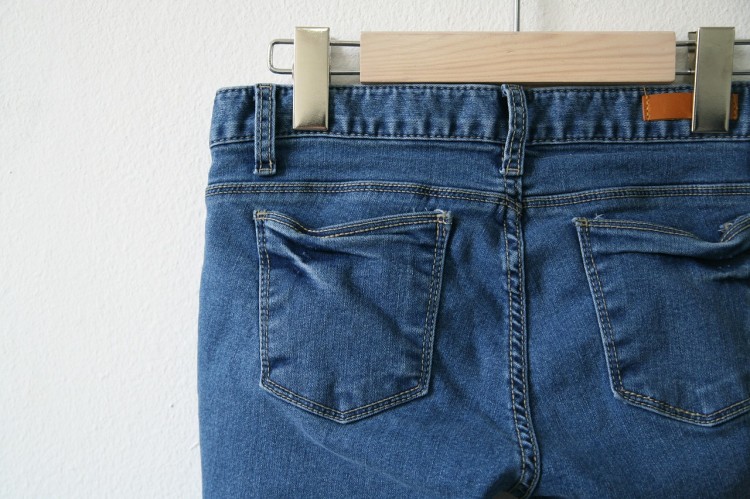 Gap Inc (NYSE:GPS) is down after the company reported weak September sales numbers. The revenue of the clothing giant fell by 1% year-over-year to $1.46 billion while sales at Banana Republic Global fell by 10% year-over-year. Other retailers are taking Gap’s fashion mantle and the strong dollar is hurting international sales. Management is trying to right the ship. Banana Republic creative director Marissa Webb recently stepped down but the company will have to do a better job of appealing to its core demographic to generate revenue growth again. Shares are down by more than 30% year-to-date.

Shares of BioCryst Pharmaceuticals, Inc. (NASDAQ:BCRX) are falling after the company reported disappointing clinical data yesterday concerning BCX7353, the company’s second generation selective inhibitor of plasma kallikrein for the prevention of attacks in hereditary angioedema. Although BCX7353 was generally efficacious, “Two subjects discontinued the study due to moderate gastrointestinal AEs. One subject developed a delayed-type hypersensitivity rash after completing seven days of study drug; the rash resolved quickly with oral and topical steroids”. The safety data was enough to prompt some investors to head for the exits on Thursday, and evidently on Friday too. Despite the market’s reaction, BioCryst will still press on with phase 2 tests, with the next trial expected to commence in early 2016 or late 2015.

Ruby Tuesday, Inc. (NYSE:RT) lost $0.03 per share for its first quarter, missing expectations of a profit of $0.05 per share. Same-restaurant sales growth inched up by just 0.6% while restaurant level margin declined by 1.7% to 15.9%. Shares trade below the chain’s book value of $7.67 per share, but it remains to be seen whether management can deliver the type of profits that investors expect. The stock is down by almost 10% year-to-date.

ANI Pharmaceuticals Inc (NASDAQ:ANIP)‘s shares are off because investors don’t think the company can raise the price of its controlled substances, hormones, and steroid drugs as much as it could have before. Ever since Martin Shkreli raised the price of a drug by 55x times overnight, investors have been selling off shares of companies that buy older drugs and raise prices on them on regulation concerns. Since ANI acquires and commercializes drugs in such a way, shares of the company have fallen from almost $60 to $42.86 in recent weeks.

In the next page, we will examine what the smart money thinks of the four stocks and whether they make for good buy candidates on the drop today.

Hedge funds are mixed on the Gap Inc (NYSE:GPS). Although the number of funds declined to 21 in the second quarter from 29 in the first quarter, the total value of their holdings in the stock increased to $861.63 million (representing 5.40% of the float) from $740.81 million. Larry Robbins‘ Glenview Capital owns 5.99 million shares, while Ken Griffin’s Citadel Investment Group owns 3.55 million shares.

Our data shows the smart money is bullish on BioCryst Pharmaceuticals, Inc. (NASDAQ:BCRX). A total of 25 funds reported stakes worth $343.28 million (representing 31.80% of the float) in the latest round of 13F filings, versus 16 funds and $234.51 million respectively a quarter earlier. Biotech fund Julian Baker and Felix Baker‘s Baker Bros. Advisors owns 11.58 million shares, accounting for 1.51% of their public equity portfolio.

19 hedge funds owned $41 million worth of Ruby Tuesday, Inc. (NYSE:RT) representing 10.5% of the chain’s float in the second quarter, up from 16 funds owning $39.64 million worth of shares in the first quarter. Chuck Royce’s Royce & Associates owns 1.95 million shares.

Lastly, the smart money had a stake worth $103.31 million (representing 14.60% of the float) in ANI Pharmaceuticals Inc (NASDAQ:ANIP) at the end of June, down from $122.15 million at the end of March. The total number of funds long on the stock stayed the same at 17, however. Mitchell Blutt‘s Consonance Capital Management owns 1.06 million shares.

Our data shows that the smart money likes BioCryst the most, particularly since Baker Bros., one of the top performing funds we track, has a significant long position.