Following Our Lady of Aparecida Day celebration in Brazil yesterday, both the Brazilian real and stocks of companies headquartered in the country are losing ground today. The currency topped the list of biggest losers among the 16 major currencies as it fell by 1.7% against the dollar today, while the Ibovespa’s nine-day rally was halted today by a 2.5% slide of the index. The political standoff resulted in Standard & Poor lowering the country’s rating to ‘junk’ last month as forecasts of a long recession flood the market. Four companies reflected these tumultuous times by the losses that their stocks posted today. The reasons for the loss of investor confidence also have company specific components which we will explore in more detail. We will also take a closer look at the hedge fund sentiment towards these companies, in order to see if smart money is betting on a rebound of Brazilian stocks in the long-term. 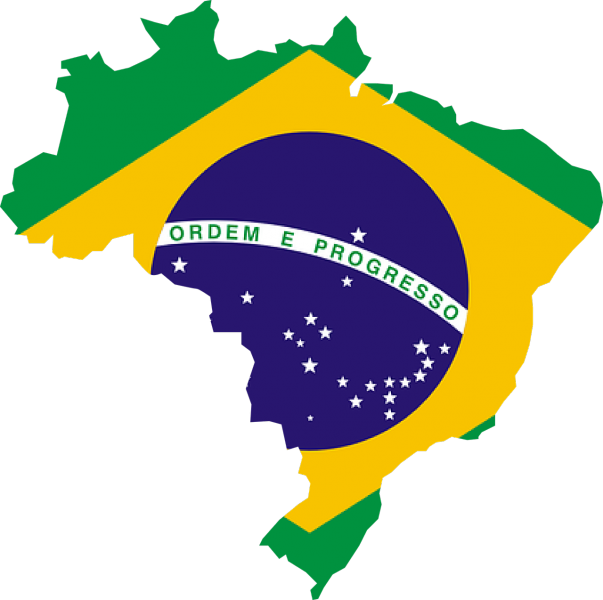 First is the $45.53 billion São Paulo-based bank holding company Itau Unibanco Holding SA (ADR) (NYSE:ITUB) that was downgraded from ‘Neutral’ to ‘Underperform’ by Credit Suisse today. The stock slid by more than 5% in early trading, extending its losses for this year to more than 44%.

Among the funds that we track, Cliff Asness‘ AQR Capital Management is the largest shareholder of  Itau Unibanco Holding SA (ADR) (NYSE:ITUB) as it increased its stake by 3% during the second quarter to 10.32 million shares valued at $112.98 million. A number of Itau Unibanco Holding SA (ADR) (NYSE:ITUB)’s top investors that we track aggressively increased their exposure to the company during this period with high expectations of a rebound for the stock price. However, collectively, 23 funds from our database held only 0.80% of Itau Unibanco at the end of June.

In the eyes of most traders, hedge funds are assumed to be underperforming, old investment tools of the past. While there are more than 8,000 funds in operation, we focus on the aristocrats of this group, which include around 700 funds. Contrary to popular belief, Insider Monkey’s research revealed that hedge funds have lagged in recent years because of their short positions as well as the huge fees that they charge. Hedge funds managed to outperform the market on the long side of their portfolios. In fact, the 15 most popular small-cap stocks among hedge funds returned 102% since the end of August 2012 and beat the S&P 500 ETF (SPY) by 53 percentage points (see more details here).

Banco Bradesco SA (ADR) (NYSE:BBD) also experienced some bearish winds as its stock has slid by more than 5% so far. This year the stock slid by around 56%. Being one of the largest banks in Brazil in terms of assets is certainly hurting Bradesco, considering that the value of those assets have been in a tailspin recently owing to the country’s economic troubles. However, the stock’s high dividend yield of 5.61% coupled with a few other factors has made it a popular choice among professional money managers.

Next, we discuss the performances of one Brazil-based oil giant and the country’s mining company, which is undeterred by the sliding iron ore prices.

Do Hedge Funds Agree with Jim Cramer on These Hot Stocks?
Monthly Newsletter Strategy
Download a free copy of our newsletter and see the details inside!
Hedge Fund Resource Center
Related News
Best Energy Stocks To Buy Now (And Two To Avoid) Top Investors are Wary of These Rising Brazilian Stocks Why Gains Registered by These Three Stocks on Tuesday May Be an Overreaction These Energy Stocks May Be Down But Hedge Funds Don’t Think They’re Out These Gold Mining Stocks Under $10 are Poised to Explode 5 Very Cheap Energy Stocks Ready To Explode These Stocks Under $5 Are Poised To Explode 7 Chemicals in Cigarettes That Cause Cancer 15 Most Prolific Serial Killers of All Time 17 Easiest 2-3 Ingredient Cocktails Anyone Can Make At Home
Billionaire Hedge Funds