American Airlines Group Inc (NASDAQ:AAL) is off 0.42%, JetBlue Airways Corporation (NASDAQ:JBLU) is down 7%, and United Technologies Corporation (NYSE:UTX) is down 1% after analysts at various investment banks downgraded each stock. Given analyst ratings can affect sentiment and set off self-fulfilling prophecies, let’s take a closer look at the reasons why investment analysts downgraded each stock and examine hedge fund sentiment towards them. 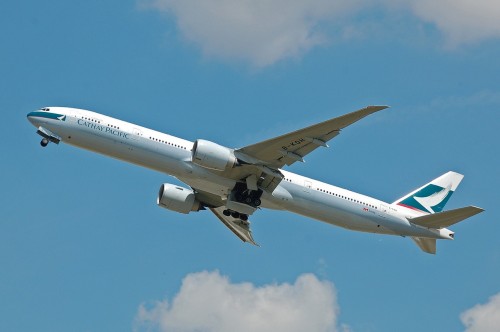 We mention the hedge fund activity concerning American Airlines and JetBlue Airways because our research has shown that historically their stock picks delivered superior risk-adjusted returns. This is especially true in the small-cap space. The 50 most popular large-cap stocks among hedge funds had a monthly alpha of about six basis points per month between 1999 and 2012; however the 15 most popular small-cap stocks delivered a monthly alpha of 80 basis points during the same period. This means investors would have generated 10 percentage points of alpha per year simply by imitating hedge funds’ top 15 small-cap ideas. We have been tracking the performance of these stocks since the end of August 2012 in real time and these stocks beat the market by 60 percentage points (118% return vs. the S&P 500’s 57.6% gain) over the last 36 months (see the details here).

The analysts at Evercore ISI downgraded American Airlines Group Inc (NASDAQ:AAL) to ‘Hold’ from ‘Buy’ as crude prices have regained some of their lost ground in recent weeks. American Airlines is one of the few national airlines that hasn’t hedged for 2016 and has benefited disproportionately from the low crude prices by reporting record earnings. Now that crude prices are on an upward trend, American Airlines’ earnings per share will be lower than before. In addition, investors are concerned about increasing industry capacity which could lower the revenue per available seat mile.

Like Evercore, the smart money is becoming more cautious towards American Airlines Group Inc (NASDAQ:AAL). According to our data, 85 hedge funds owned $2.55 billion worth of the company’s stock (representing 9.2% of the float) at the end of June, down from 91 funds and $3.47 billion respectively a quarter earlier. James Dinan’s York Capital Management owns 8.13 million shares as of the end of June, down by 3.28 million shares over the quarter, while James Dondero’s Highland Capital Management holds 4.32 million shares, down by 1.66 million shares compared to the previous quarter. At a forward PE of just 6.5, we wonder, however, if investors are being too pessimistic.

The analysts at JPMorgan Chase downgraded JetBlue Airways Corporation (NASDAQ:JBLU) to ‘Neutral’ from ‘Overweight’ and lowered their price target to $27 from $28, citing JetBlue’s lack of new catalysts. Jetblue shares have rallied an amazing 59% year to date and could use some time to consolidate. Given the stock’s forward PE of 12, management will need to execute well in order to deliver the type of growth investors are expecting for the next five years. Rising crude prices will not help the bottom line.

Hedge funds were mixed on JetBlue Airways Corporation (NASDAQ:JBLU) in the time period from March 31 to June 30. Although the number of funds increased to 50 from 41, the total value of their holdings in the stock declined to $681.05 million (representing 10.50% of the float) from $891 million. David Tepper’s Appaloosa Management owns 4.95 million shares while Jim Simons’ Renaissance Technologies owns 2.75 million shares.

Lastly, the analysts at RBC capital downgraded United Technologies Corporation (NYSE:UTX) to ‘Sector Perform’ from ‘Outperform’ and lowered their price target to $100 from $113, as the analysts think the stock is fairly valued at its current 14.2 times forward earnings multiple. The analysts don’t think there is much more organic growth upside outside of United Technologies’ defense and construction units, which make up just 40% of segment operating income. United Technologies can still provide upside, however, if management makes accretive acquisitions like the company’s Goodrich acquisition in 2011.

Our data shows hedge funds were bearish on United Technologies Corporation (NYSE:UTX) in the second quarter. A total of 57 funds reported stakes worth $2.94 billion (representing 3.00% of the float) in the latest round of 13F filings, down from 60 funds and $3.21 billion a quarter earlier. Fisher Asset Management owns 8.21 million shares while Phill Gross and Robert Atchinson‘s Adage Capital Management owns 4.25 million shares.

SkyWest, Inc., Lattice Semiconductor, Blue Buffalo Pet Products Inc: Why Are...
Monthly Newsletter Strategy
Download a free copy of our newsletter and see the details inside!
Hedge Fund Resource Center
Related News
Does the Smart Money Agree With Goldman on These Two Downgraded Stocks? 5 Most Popular Aerospace And Defense Stocks Among Hedge Funds 5 Airline Stocks That Hedge Funds Think Will Fly Higher Why J C Penney Company Inc (JCP) And Twitter Inc (TWTR) Got Upgraded, While United Technologies Corporation (UTX) Was Downgraded Hedge Funds Are Selling Out Of These Transportation Stocks The Smart Money Has A Lot Riding On These Transportation Stocks CQS Cayman Betting Big On The Travel Industry As Summer Heats Up 7 Chemicals in Cigarettes That Cause Cancer 15 Most Prolific Serial Killers of All Time 17 Easiest 2-3 Ingredient Cocktails Anyone Can Make At Home
Billionaire Hedge Funds