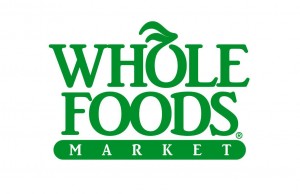 Whole Foods Market, Inc. (NASDAQ:WFM) has experienced a sweet rise since the market bottom of 2008. Its share price has risen consistently, from around $10 per share in December 2009 to nearly $100 per share in September 2012. Then, because of an earning miss, Whole Foods Market, Inc. (NASDAQ:WFM) dropped back down to $85 per share. Interestingly, after it recently announced impressive second-quarter earnings results, the company’s share price jumped more than 8% to more than $100 per share. Should investors get in Whole Foods after a strong second-quarter earnings results? Let’s find out.

In the second quarter, Whole Foods Market, Inc. (NASDAQ:WFM) generated more than $3 billion in revenue, 12.4% higher than the revenue in the second quarter last year. Net income experienced a decent growth of more than 20%, from $118 million, or $0.14 per share to $142 million, or $0.20 per share. The comparable store sales growth was high at 6.9%. In the past five quarters, Whole Foods Market, Inc. (NASDAQ:WFM) has delivered consistently positive comparable store sales growth.

In the recent quarter, the company generated $287 million in operating cash flow and $178 million in free cash flow. It also returned cash to shareholders in the form of stock buybacks of $37 million and quarterly dividend payment of $37 million. Whole Foods Market, Inc. (NASDAQ:WFM) updated its outlook for fiscal year 2013, raising its EPS expectation to the range of $2.86 – $2.89 per share. Moreover, the company would split its stock with a two-for-one ratio via a stock dividend. Effectively, the total number of shares outstanding would rise from 185 million to 370 million.

When talking about the grocery business, many people would think about the low-margin business. The Kroger Co. (NYSE:KR) is considered to be one of the largest grocery retailers globally, operating 2,424 supermarket and multi-department stores. The Kroger Co. (NYSE:KR)’s food store format is called combo stores, drawing customers in a radius of 2 to 2.5 miles. Being a grocery retailer, Kroger also generated a lot of revenue, $18.9 billion, or 19.5% of the total revenue, from fuel sales.

Interestingly, The Kroger Co. (NYSE:KR) has been expanding its business further in the organic food area. Last fall, the company introduced two private brands: Simple Truth and Simple Truth Organic Brands, which were free from 101 artificial preservatives and ingredients that customers did not want in their food. Its COO, Rodney McMullen, commented that these two new private brands generated sales that were 33% higher than the internal goal.

In 2012, The Kroger Co. (NYSE:KR) generated as much as $96.75 billion in revenue, more than 8 times higher than the revenue of Whole Foods of only $11.7 billion. However, Kroger has a quite small profit margin of only 1.55%, much lower than that of Whole Foods at 4.06%. Kroger is trading at $35 per share with a total market cap of $18.2 billion. The market values The Kroger Co. (NYSE:KR) at only 6 times EV/EBITDA. Despite a much smaller revenue, Whole Foods’ total market cap of $17.2 billion is close to Kroger’s market cap. At $92.80 per share, Whole Foods is valued highly at 14.3 times EV/EBITDA.

The most profitable but also the most expensively valued grocer

EnerNOC, Inc. (ENOC): What Should Investors Do?
Monthly Newsletter Strategy
Download a free copy of our newsletter and see the details inside!
Hedge Fund Resource Center
Billionaire Hedge Funds