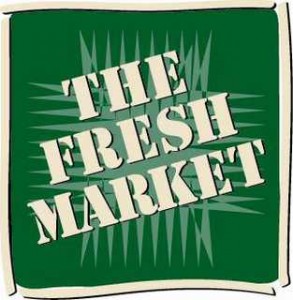 As a value investor, I love beaten down stocks. I often search for investment opportunities in stocks which are trading around their 52-week lows. Recently, I came across one grocery store that has experienced a significant drop of nearly 18% since the beginning of the year.

That grocery store is The Fresh Market Inc (NASDAQ:TFM). The huge decline in the share price was due to the fact that its fourth-quarter earnings results have missed analysts’ estimates. However, The Fresh Market is in the portfolios of several famous institutions including Fidelity Management, T. Rowe Price Group, Inc. (NASDAQ:TROW), and Vanguard Group. Should investors get in The Fresh Market at its current price? Let’s find out.

The Fresh Market Inc (NASDAQ:TFM) is considered a high growth specialty retailer, offering high quality and fresh food products to shoppers with around 129 stores in 25 states in different areas including the Southeast, Midwest, Mid-Atlantic, Northeast, and West regions of the U.S.

The company is also a cash cow, with an increasing operating cash flow from $60 million to $92 million in the past five years. Moreover, The Fresh Market Inc (NASDAQ:TFM) has quite a conservative capital structure. As of January 2013, it had $198 million in total stockholders’ equity, $9 million in cash, and only $42 million in long-term debt.

Kroger is a much better pick

Compared to its much bigger peers including Whole Foods Market, Inc. (NASDAQ:WFM) and grocery retailer The Kroger Co. (NYSE:KR), The Fresh Market is the worst performer on the market of late. While it experienced a significant decline of nearly 18%, Whole Foods declined only 5.6%. The Kroger Co. (NYSE:KR), on the other hand, has been the best performer with an appreciation of as much as 30% since the beginning of the year.

Whole Foods Market, Inc. (NASDAQ:WFM)’ market value decline was due to the weak 2013 guidance. The company estimated that its full year 2013 revenue would be around $12.9 billion to $13 billion, lower than analysts’ estimates of $13.2 billion. It is one of the most well known natural and organic foods retailers in the U.S., operating around 345 stores in the U.S., Canada, and the U.K.