There’s no place to hide what Facebook Inc (NASDAQ:FB), advertisers, college recruiters, and employers can discover about you. A new study from the University of Cambridge correlates Facebook likes to age, sexual orientation, IQ, political affiliation, drug use, and much more with a high degree of precision. The scientific study used 58,466 US volunteers to complete the study entitled, “Private traits and attributes are predictable from digital records of human behavior.” Examples: if you’re applying to elite colleges or rocket science jobs, don’t Facebook “like” Lady Antebellum, Sephora, or Harley-Davidson, Inc. (NYSE:HOG), as these have a strong correlation to a low IQ. If you want to appear brainy, “like” Stephen Colbert and curly fries.

Yet another privacy concern is now heaped on the other reasons for users to leave Facebook Inc (NASDAQ:FB), besides ad exhaustion and the allure of other social media venues. 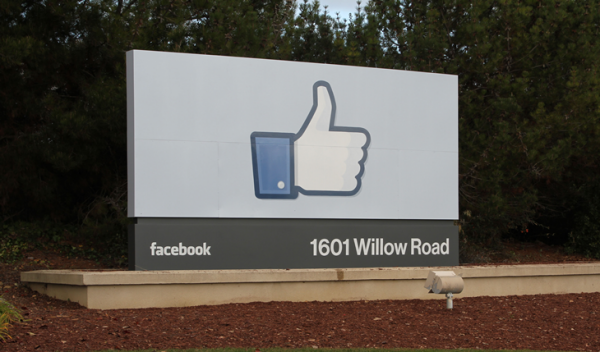 Certainly Facebook won’t suggest its users “unlike” advertisers, but this study could be very detrimental to Facebook once users become aware how much the site can impact their lives.  A recent New York Times article offered tips to clean up your profile from the prying eyes of admissions officers, prospective employers, and (hinting darkly here) the government. However, as the article noted, scrubbing a profile could take a while.

In their annual report released on Feb. 1, Facebook described its number one risk: “Our financial performance has been and will continue to be significantly determined by our success in adding, retaining, and engaging active users.” Just days later the Pew Research Center came out with a disturbing report for Facebook Inc (NASDAQ:FB) shareholders that fewer than 5% across all age groups plan to spend more time on Facebook, as well as findings that a majority of Facebook users plan to take a break from the site.

As Facebook increasingly feels pressure to monetize, it rolls out more ad schemes, almost on a daily basis. The possibility of ad exhaustion and privacy concerns provoking user defections is very real.  Another concern is that big advertisers may pause, as the US Federal Trade Commission is requiring the same disclosures for Facebook and Twitter as it does for traditional media. For example, a big pharma company running a full page on side effects in a magazine would have to run them on Facebook Inc (NASDAQ:FB) as well.

Facebook rolled out an application last September called Custom Audiences, in which only “managed advertisers” were able to target advertising using only a potential customer’s email address, phone number, or user ID. Advertisers seemed to like it, and Facebook COO Sheryl Sandberg has been praising Custom Audiences as the best option for targeting customers. Since then other advertisers are able to use it and Facebook has been beta testing an expanded version called “Lookalike Audiences.”

It’s not as though there aren’t Facebook alternatives. There are, like At The Pool with only a million members compared to Facebook’s billion users. Tumblr and Twitter are very relevant rivals, especially among teens. Even Washington politicos are looking more to Twitter than Facebook Inc (NASDAQ:FB) to reach constituents.

With all these headwinds, Facebook Inc (NASDAQ:FB) is looking like a much worse investment than LinkedIn (NYSE:LNKD). Not even the news that  Netflix, Inc. (NASDAQ:NFLX)’s streaming customers would be able to share what they’re watching with Facebook friends helped the stock.  It closed down 2.69% on March 13. Daily, it’s looking less likely that it will return to the $45 highs when it first IPO’d last May. The P/E is an astronomical 2,783.00, and quarterly earnings growth is -78.80%, with short interest rising. To be fair, analysts predict a 29.04% five year growth rate.