What Warren Buffett Thinks Apple Inc. (AAPL) Should Do

Even though Warren Buffett is notoriously averse to tech stocks, he still has some advice for Apple Inc. (NASDAQ:AAPL). The Oracle was on CNBC this morning discussing a wide range of topics, including the Mac maker’s current predicament. When asked about shareholder pressure to boost the dividend, Buffett recalled the conversation he had with Steve Jobs years ago.

Of course, this conversation took place way back in 2010, and since then Apple has gotten cheaper relative to its earnings power and it has even more cash. Apple Inc. (NASDAQ:AAPL) started off 2010 with $40 billion in cash, and the company now has nearly $100 billion more. 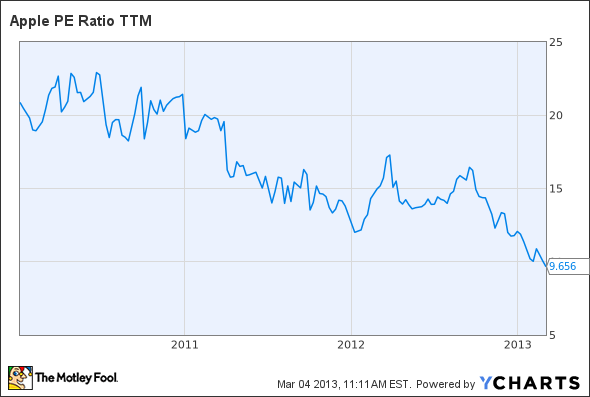 When it comes to investor pressure to raise the dividend or do a stock split or other initiatives that shareholders are calling for, Buffett believes that the best course of action is to ignore everyone and just focus on long-term value creation and eventually shares “will respond.” Buffett recalls plenty of times when outsiders would criticize Berkshire Hathaway Inc. (NYSE: BRK.A) and offer unsolicited advice on what the company should do.

Although David Einhorn’s Greenlight Capital holds a significant 1.3 million shares in Apple Inc. (NASDAQ:AAPL), the investor is among those that Buffett thinks should be ignored. Instead of being distracted by short-term movements, Apple should just run the business in a way that will deliver the most value over the next five to 10 years. CEO Tim Cook agrees with this sentiment, as at the annual shareholder meeting last month he urged fellow shareholders to focus on the long-term and reiterated that Apple Inc. (NASDAQ:AAPL) remains intent on creating the best products.

Buffett does think that Apple Inc. (NASDAQ:AAPL) has done a good job in building value, while acknowledging that the company does have too much cash right now. Berkshire Hathaway shares have dropped 50% on four separate occasions over the years, and Buffett said each time the best thing to do was simply to buy. When the A-class shares fell from $90,000 to about $40,000, he expressed an interest in buying. Berkshire never got around to it, but Buffett points out that it’s a pretty good deal to be able to buy a dollar bill for $0.80 whenever the opportunity presents itself.

Is such an opportunity presenting itself with Apple right now? While he didn’t say so explicitly, Buffett’s comments certainly imply that he thinks so.

The article What Warren Buffett Thinks Apple Should Do originally appeared on Fool.com and is written by Evan Niu, CFA.