Shares of GoPro Inc (NASDAQ:GPRO), Republic Airways Holdings Inc. (NASDAQ:RJET), and Herbalife Ltd. (NYSE:HLF) are down substantially in afternoon trading after each security received some bad news. GoPro is off by 7.7% after analysts at Morgan Stanley lowered their price target to $35 from $62, Republic Airways is off by 7.33% after another airline sued it, and Herbalife shares are down by 9.8% after Bloomberg published a report stating Bill Ackman has additional dirt on the company. Let’s take a closer look at the three stocks and see what top investors think of them. 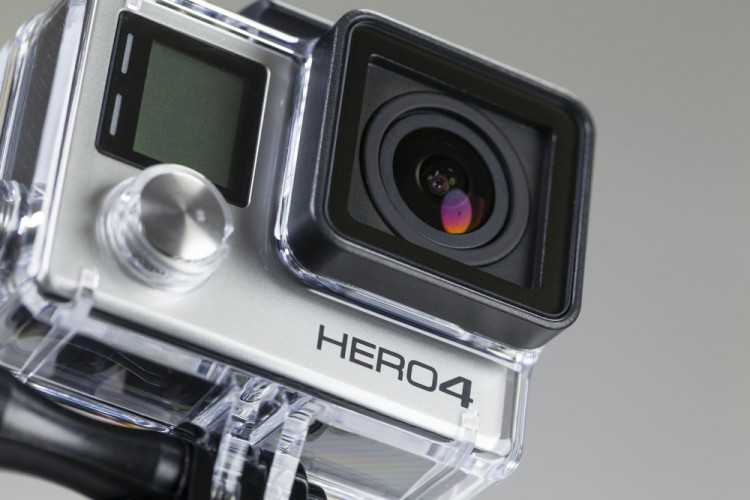 We mention the hedge fund activity concerning the three stocks because our research has shown that historically their stock picks delivered superior risk-adjusted returns. This is especially true in the small-cap space. The 50 most popular large-cap stocks among hedge funds had a monthly alpha of about six basis points per month between 1999 and 2012; however the 15 most popular small-cap stocks delivered a monthly alpha of 80 basis points during the same period. This means investors would have generated a double-digit alpha per year simply by imitating hedge funds’ top 15 small-cap ideas. We have been tracking the performance of these stocks since the end of August 2012 in real time and these stocks beat the market by 60 percentage points (118% return vs. the S&P 500’s 57.6% gain) over the last 36 months (see the details here).

The analysts at Morgan Stanley had this to say about GoPro Inc (NASDAQ:GPRO):

Our most recent checks were decidedly more negative as customers prefer the Silver’s LCD screen and superior video quality over the Session’s smaller form factor. Commentary by management at recent investor events confirm that Session has been a difficult sell at the same price point of its historically favorite HERO4 Silver model. Disappointing demand culminated in GoPro announcing its decision to reduce the price to $299 last week, a $100 discount from the $399 price point when the product was launched in July

Shares of the action camera company are down by more than 51% year-to-date as investors worry about slower growth and flagging demand. Morgan Stanley’s comments just reinforce the negative sentiment around the stock. GoPro bulls hope that the company’s reasonable valuation and expected launch of Hero 5 and a drone product in 2016 will change things.

Hedge funds are divided on GoPro Inc (NASDAQ:GPRO), although the overall sentiment is bullish. Of the 730+ elite funds we track, 21 funds owned $485.28 million worth of the company’s shares (representing 10.20% of the float) on June 30, versus 25 funds with stakes worth $284.33 million on March 31. Among the funds with long positions at the end of the second quarter were Edward Gilhuly’s Sageview Capital with around 2.30 million shares and Donald Chiboucis’ Columbus Circle Investors with 1.0 million shares. Jim Simons’ Renaissance Technologies owned a stake of 936,600 shares at the end of June as well. 21% of the action camera maker’s float is on ‘borrow’ by short sellers.

Republic Airways Holdings Inc. (NASDAQ:RJET) shares are down after Delta Air Lines, Inc (NYSE:DAL) sued the company for failing to provide a full schedule of flights as previously promised. Delta is claiming direct damages of at least $1 million.

Republic Airways Holdings Inc. (NASDAQ/NM: RJET) has been made aware of a complaint filed by Delta. The Company has not been served and has not received the full complaint and therefore cannot comment further on the matter at this time. Republic can confirm that the Company is not in breach of any of its capacity purchase agreements with any of its mainline partners, including both Delta Connection Agreements.

Given Republic Airways’ market capitalization, the lawsuit isn’t very serious at its present state, although the recent rebound in crude prices will likely do more damage to the bottom line in the long run.

What Do Hedge Funds Think of These Three Surging Energy Stocks?
Monthly Newsletter Strategy
Download a free copy of our newsletter and see the details inside!
Hedge Fund Resource Center
Related News
How Does The Smart Money Feel About This Hot Wearable Tech Company? How Does The Smart Money Feel about This Former High Flier? Hedge Funds Only Like One of These Two Trending Stocks and Here’s Why You Should Follow Them Billionaires Can’t Live Without These 10 Stocks Herbalife Has “Substantial Similarities” To FTC-Targeted Vemma: Ackman Are Hedge Funds Betting on GoPro’s Acquisition? Bill Ackman Begs To Differ With David Tepper On Economy 10 Countries That Consume the Most Genetically Modified Foods Top 15 Intelligence Agencies with Biggest Personnel Size 12 Most Consumed Vegetables In the US
Billionaire Hedge Funds