To many of your fellow readers, hedge funds are assumed to be useless, old investment tools of a period lost to current times. Although there are more than 8,000 hedge funds with their doors open today, this site focuses on the moguls of this group, around 525 funds. Analysts calculate that this group oversees the lion’s share of all hedge funds’ total capital, and by keeping an eye on their highest quality picks, we’ve discovered a number of investment strategies that have historically beaten Mr. Market. Our small-cap hedge fund strategy outstripped the S&P 500 index by 18 percentage points per annum for a decade in our back tests, and since we’ve began to sharing our picks with our subscribers at the end of August 2012, we have trumped the S&P 500 index by 33 percentage points in 11 months (explore the details and some picks here).

Just as useful, positive insider trading activity is another way to analyze the world of equities. As the old adage goes: there are a number of reasons for an insider to cut shares of his or her company, but only one, very simple reason why they would initiate a purchase. Many academic studies have demonstrated the useful potential of this strategy if you understand where to look (learn more here).

Now that that’s out of the way, we’re going to analyze the recent info about General Cable Corporation (NYSE:BGC).

How have hedgies been trading General Cable Corporation (NYSE:BGC)?

At Q2’s end, a total of 20 of the hedge funds we track held long positions in this stock, a change of -5% from the first quarter. With hedgies’ capital changing hands, there exists a few key hedge fund managers who were upping their stakes meaningfully.

Out of the hedge funds we follow, Cadian Capital, managed by Eric Bannasch, holds the largest position in General Cable Corporation (NYSE:BGC). Cadian Capital has a $148.8 million position in the stock, comprising 4.6% of its 13F portfolio. Coming in second is Dreman Value Management, managed by David Dreman, which held a $31 million position; the fund has 1% of its 13F portfolio invested in the stock. Other hedge funds with similar optimism include Cliff Asness’s AQR Capital Management, Chuck Royce’s Royce & Associates and Matthew Lindenbaum’s Basswood Capital.

Due to the fact General Cable Corporation (NYSE:BGC) has witnessed a fall in interest from the entirety of the hedge funds we track, logic holds that there was a specific group of fund managers who were dropping their positions entirely at the end of the second quarter. Interestingly, Ray Dalio’s Bridgewater Associates cut the largest investment of all the hedgies we watch, totaling an estimated $2.1 million in call options.. Matthew Hulsizer’s fund, PEAK6 Capital Management, also sold off its call options., about $1.7 million worth. These transactions are interesting, as total hedge fund interest dropped by 1 funds at the end of the second quarter.

What do corporate executives and insiders think about General Cable Corporation (NYSE:BGC)?

Legal insider trading, particularly when it’s bullish, is most useful when the company in focus has seen transactions within the past half-year. Over the latest 180-day time period, General Cable Corporation (NYSE:BGC) has seen zero unique insiders purchasing, and zero insider sales (see the details of insider trades here).

We’ll also take a look at the relationship between both of these indicators in other stocks similar to General Cable Corporation (NYSE:BGC). These stocks are Woodward Inc (NASDAQ:WWD), Littelfuse, Inc. (NASDAQ:LFUS), Franklin Electric Co. (NASDAQ:FELE), Belden Inc. (NYSE:BDC), and EnerSys (NYSE:ENS). This group of stocks are in the industrial electrical equipment industry and their market caps are closest to BGC’s market cap. 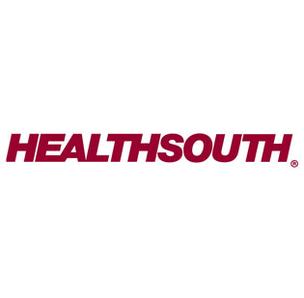