What Does the Future Hold for GameStop Corp. (GME)?

By almost any measure, GameStop Corp. (NYSE:GME) is a difficult nut to crack. The company has been fighting obsolescence ever since digital distribution caught on, and news swirling around next-generation consoles seems to turn against the retailer every other day. On the other hand, GameStop reports having a 47% market share of the new games market for Xbox and PlayStation, and it’s built a symbiotic relationship with game and hardware makers.

Earnings from the last quarter were disappointing — which isn’t exactly a new theme — but also pointed to a catalog of strengths that the company still sits on. Here’s a look through the release, and a look at what could be coming next for GameStop.

The first quarter at GameStop 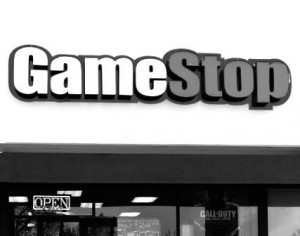 Let’s look at the bad news first. GameStop Corp. (NYSE:GME)’s comparable sales fell 6.7%, bringing total sales down 6.8% to $1.9 billion. New game sales dropped 3.8%, pre-owned games were down 7.8%, and hardware was down 30.6%. All of those falls are a result of two factors — the end of a console generation and the rise of digital sales.

On the plus side, GameStop Corp. (NYSE:GME)’s new-game sales drop compared to an industry average decline of more than 14%. The company also managed to get more out of its meager sales, and gross margin increased by 1 percentage point. That increase was at least partially due to the company’s jump in digital and mobile sales, which grew 47% and 290% respectively — and no, that’s not a typo.

What does the next generation mean for GameStop?
GameStop Corp. (NYSE:GME)’s results summarize the market pretty well — people are buying more casual and digital games, while holding out on new and used games for the arrival of a new series of consoles. That next wave comes in the form of the Sony Corporation (ADR) (NYSE:SNE) PlayStation 4 and the Microsoft Corporation (NASDAQ:MSFT) Xbox One.

New game sales for the new consoles won’t throw anyone a curveball, and GameStop should be in a good place to capitalize on those sales. What’s concerning to investors is the future of used games. Both Sony Corporation (ADR) (NYSE:SNE) and Microsoft have said that used games will be playable on the next-gen consoles, but that doesn’t answer all the questions.

One of the answered questions is that neither new system will be capable of backward compatibility. That’s bad news for GameStop Corp. (NYSE:GME), as a backward-compatible system would likely have generated sales of used hardware, but now gamers are much less likely to ditch their old boxes.

The bigger question surrounds how used games will work. Right now, Microsoft Corporation (NASDAQ:MSFT) has offered the most information, and that’s not much. The issue is whether gamers will have to pay an extra fee to install a used game. Right now, it looks like the answer is no — but that’s subject to change.