What Does Smart Money Sentiment Have to Say about This Surging Commodities Stock?

Teck Resources Ltd (USA) (NYSE:TCK) rallied more than 14% on Wednesday after the company entered into a long-term agreement with Franco-Nevada Corporation (NYSE:FNV) concerning silver production in Teck’s Antamina mine.  Teck Resources will receive $610 million in upfront payments in addition to 5% of the spot price at the time of delivery in exchange for delivering at least 86 million ounces of silver to Franco-Nevada Corporation from the company’s 22.5% ownership of the Antamina mine. Let’s take a closer look at the deal, and examine what top investors think of these two commodity companies. 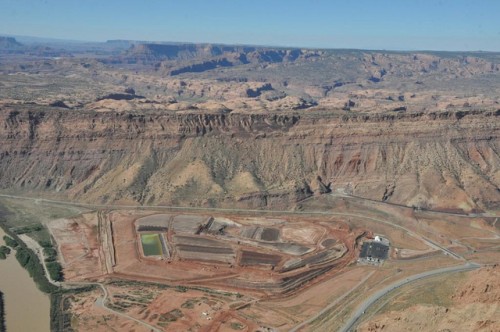 We mention the hedge fund activity concerning the three stocks because our research has shown that historically their stock picks delivered superior risk-adjusted returns. This is especially true in the small-cap space. The 50 most popular large-cap stocks among hedge funds had a monthly alpha of about six basis points per month between 1999 and 2012; however the 15 most popular small-cap stocks delivered a monthly alpha of 80 basis points during the same period. This means investors would have generated a double-digit alpha per year simply by imitating hedge funds’ top 15 small-cap ideas. We have been tracking the performance of these stocks since the end of August 2012 in real time and these stocks beat the market by 60 percentage points (118% return vs. the S&P 500’s 57.6% gain) over the last 36 months (see the details here).

“Teck will deliver silver to Franco-Nevada equivalent to 22.5% of payable silver sold by CMA, using a silver payability factor of 90%. After 86 million ounces of silver have been delivered under the agreement, the stream will be reduced by one third. Closing of the transaction is subject to completion of certain corporate matters and customary conditions and is expected to take place in the first half of October.”

China consumes a substantial percentage of the world’s commodities production and the nation’s recent economic slowdown has sent the price of many commodities that Teck Resources produces lower. Copper spot prices are down 15.8% year-to-date, while zinc spot prices are off by 23%. Coal prices are substantially lower too. Because Teck Resources derives roughly two thirds of its income from copper and zinc and one third from coal, the company has had nowhere to hide and its recent financial reports have been disappointing. The sharp drop in operating income along with nine billion of debt on the balance sheet have sent Teck Resources shares down 49% since the beginning of 2015.

Teck Resources’ deal with Franco-Nevada Corporation (NYSE:FNV) will reduce its net debt and buy more time for the company to wait out the bad part of the commodity cycle. Analysts at Citigroup estimate that the deal will add at least one year of liquidity for Teck while other investors calculate even longer durations. If the deal preempts dilution and allows Teck Resources to keep operating until a time where commodity prices are substantially higher, it will be a win for Teck shareholders. The deal will also be a win for Franco-Nevada Corporation as long as silver prices don’t crater and Teck Resources doesn’t go out of business.