What do Hedge Funds Think of These High Fliers That Just Reported Earnings?

Cal-Maine Foods Inc (NASDAQ:CALM) and Vail Resorts, Inc. (NYSE:MTN) are trending in the first hours of trading after the companies reported their latest quarterly earnings before the bell on Monday. Let’s take a closer look at the reports and see if the smart money agrees with the market sentiment. 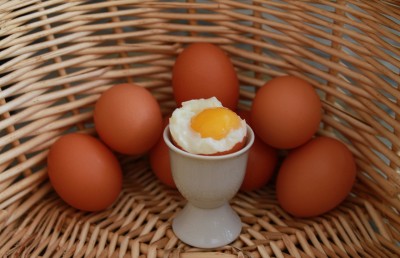 Most investors don’t understand hedge funds and indicators that are based on hedge funds’ activities. They ignore hedge funds because of their recent poor performance in the bull market. Our research indicates that hedge funds underperformed because they aren’t 100% long. Hedge fund fees are also very large compared to the returns generated and they reduce the net returns experienced by investors. We uncovered that hedge funds’ long positions actually outperformed the market. For instance the 15 most popular small-cap stocks among funds beat the S&P 500 Index by around 60 percentage points since the end of August 2012. These stocks returned a cumulative of 118% vs. a 58% gain for the S&P 500 Index (read the details). That’s why we believe investors should pay attention to what hedge funds are buying (rather than what their net returns are).

Cal-Maine Foods Inc (NASDAQ:CALM) shares were up 50% year-to-date, following the U.S. outbreak of bird flu. The disease affected more than 48 million chickens and turkeys in the U.S. and caused egg prices to jump sharply. According to some reports, egg prices were more than twice what they were a few months ago. Many market participants expected Cal-Maine Foods Inc (NASDAQ:CALM) to benefit substantially from the outbreak.

It seems the quarterly earnings of the nation’s largest egg producer disappointed the bulls, however, because Cal-Maine ‘s stock is down more than 4% in morning trade.  The company reported EPS of $2.95 versus expectations of $3.14. Revenue was $609.9 million versus expectations of $600.03 million. Egg sales increased 2.8% year-over-year, while the average selling price of egg shells rose by 65.7% year-over-year. Gross margin jumped by 20.41% to 43.13% and operating margin increased by 24.56% to 36.09%. The market could be selling off Cal-Maine because there hasn’t been another detected case of bird flu in the U.S. in more than 3 months.

According to our database of around 730 funds, the total number of investors long Cal-Maine decreased to 22 at the end of June from 24 at the end of March while the total value of hedge funds’ holdings increased to $348 million (13.8% of the float) from $224 million on March 31. Among the hedge funds that cut their positions in the second quarter were Jim Simons’ Renaissance Technologies, which decreased its position by 25% to 932,108 shares, and Ken Griffin’s Citadel Investment Group, which pruned its position by 32% to 141,430 shares. Going the opposite way was Royce & Associates, which increased its position by 12% to 3.59 million shares. Overall, given the fact that 35% of Cal-Maine’s float is short, hedge funds are bearish on the stock.