What Are The Reasons Behind Google Inc (GOOGL) Not Selling Google Glass Anymore?

Google Inc (NASDAQ:GOOGL) has been working on a lot of new innovative ideas through its Google X division. One such innovation was Google Glass, which was conceptually designed in 2012 and eventually made it as a prototype product, with a price tag of $1500. Some reports suggest that Google Inc (NASDAQ:GOOGL) is planning to stop selling its Google Glass. Bloomberg’s Paul Kedrosky and Cory Johnson discuss on Bloomberg TV about the reasons behind stopping the sales of Google Glass. 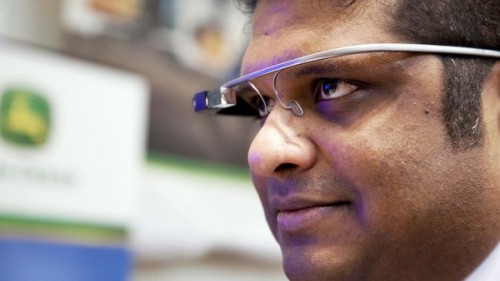 Kedrosky said that he had used a Google Inc (NASDAQ:GOOGL) Glass and he did not find it to be a very useful tool. He feels that Google Glass is kind of a classic technology and the company did not find a lot of use for the technology, so they decided to stop it. Johnson felt that Google Inc (NASDAQ:GOOGL) was kind of dorky. Kedrosky feels that the main problem with the glass was the looks. He thinks that the people wearing it looks goofy rather utilizing its functionalities better.

Kedrosky said that he would give credit to Google Inc (NASDAQ:GOOGL), since they had very publicly announced the failure of such a high profile product and willing to take the fall and continue with it. But, this technology cannot be considered a failure, since its utilization cannot be underestimated and companies will always try to optimize the design and improve the looks of it to make it more fashionable to increase its salability.

“I think there is an enterprise case here, I think that there is and you have seen that, even here say that in San Diego, I was […] talking to some doctors about medical technology for a project and they are really interested in these kinds of things,” Kedrosky said.

He said that the top surgeons these days would like to re-telecast the surgeries that they were doing, which will help others in seeing that experience and learn from it, making the training incredibly easy for them. He feels that there are a lot of other industrial uses for this technology. But, he thinks that the consumer case for this product might drop away in future.