Alphabet Inc (NASDAQ:GOOG)‘s Eric Schmidt wants to ask the future President of the United States to fix one of the biggest problems the tech industry in America has – the H-1B visas, he said during a speech given at the DealBook Conference.

Mr. Schmidt, the Executive Chairman of Alphabet Inc. considers one of the major problems facing the tech industry as a whole “has been the H-1B visa limit cap” and he hopes a solution will be found during the next presidential term. 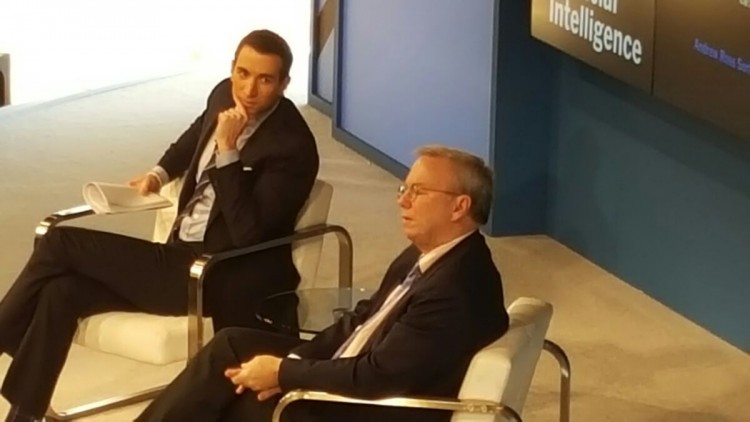 “We have situations where we have employees that are brilliant who own condo lots. They are literally kept in condos in Vancouver and other countries just waiting to clear the auction for each H-1B. I would fix that in day one. If you want the quickest path to increase success in America, fix that problem,” Schmidt said.

This means that what Alphabet Inc (NASDAQ:GOOG)’s Chairman wants to discuss with the anti-immigration President-elect of the United States has to do with actually opening the doors to immigrants. Sure, the H-1B is defined as a “non-immigrant visa,” but at its core it’s exactly that – a way for US employers to temporarily employ foreign workers, and something that Trump is quite likely to dismiss.

This is an issue that other tech leaders have complained about multiple times in the past and one that has not been fixed during the Obama years. Schmidt mentioned that the top-5 most valued tech companies in America – Apple Inc. (NASDAQ:AAPL), Alphabet, Amazon.com, Inc. (NASDAQ:AMZN), Facebook Inc (NASDAQ:FB), and Microsoft Corporation (NASDAQ:MSFT) – have all brought this up “over and over, over the years”, with Facebook Inc (NASDAQ:FB)’s CEO Mark Zuckerberg being quite loud about it.

“Basically, we bring these incredibly intelligent people into our country, into the best educational system by far, college and private school level, we kick them out after a few years with these expensive degrees that we helped subsidize, and then they go and create competitive products,” Alphabet’s Chairman said.

But fighting for better immigration laws for their temporary workers isn’t the only issue Schmidt will have with Donald Trump, given the policies he’s announced and promises he’s made during his candidacy. Another thing Trump has vowed during the past few months is to initiate antitrust actions against Amazon.com, Inc. (NASDAQ:AMZN), to force Apple Inc. (NASDAQ:AAPL) to make its products in the United States, and much more, basically declaring war on one of the most profitable industries in the entire country.

While Schmidt admits that these issues are real, he believes they all have to adopt a “wait and see” policy, waiting to see what Trump will actually do once he’s in the Oval Office, since candidates have traditionally run on platforms that end up delivering far less than promised, either because of difficulties in having those plans enacted, or because of political resistance, so one can never predict what the future will hold.

The issues Silicon Valley will have with Trump as President are undoubtedly serious. After all, Trump’s entire candidacy has revolved around forcing huge companies to do his bidding in regards to how they do business and closing down the borders to immigrants. It’s what got him elected, after all, though by the same token, he’s also pledged to cut corporate taxes by 57%, to just 15%, which should please Microsoft Corporation (NASDAQ:MSFT) and the other tech giants.

Whether Trump will actually enforce his campaign promises remains to be seen, but with over half the country against those plans, chances are the policies he’ll implement will be far milder than what he might prefer. Regardless, that does not mean that discussions between Silicon Valley higher-ups and Trump won’t be heated. What the outcome of those discussions will be remains to be seen.