Companies 0 See All
Hedge Funds 0 See All
Insiders 0 See All
Institutional Investors 0 See All
Click here to see all results for Sorry, no results has been found matching your query.
Futures/Forex-Macroeconomic Predictions-News

Published on October 1, 2019 at 9:04 am by Insider Monkey Staff in Futures/Forex, Macroeconomic Predictions, News

Sometimes, you need to send money overseas to someone else for a variety of reasons. However, even if you’ve tried making an international money transfer, you’re aware that it’s not as simple as you think.

There are factors to consider before the receiver actually receives the money, and the most important one is the foreign exchange rates involved in the transaction.

In this article, we’ll discuss everything you need to know about foreign exchange rates and the things that affect them

Foreign Exchange Rate: What Is It?

On the other hand, the standardized currencies across the globe come with price fluctuations. For instance, one Australian dollar may increase or decrease in value over the years. Thus, if such a currency is weak, you can’t purchase and send as much foreign currency as you want to. 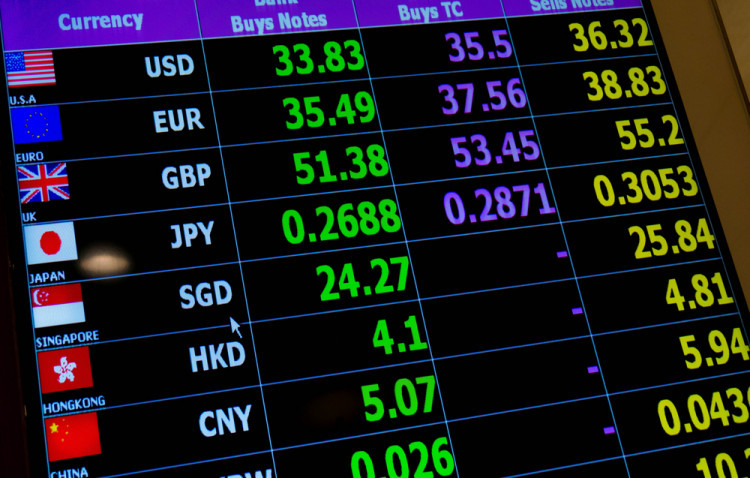 Foreign Exchange Rates: What Are The Main Types?

Below are some of the significant types of exchange rates to consider when making an international money transfer:

Also known as the pegged exchange rate, a fixed exchange rate is linked to another stable currency to get its value. By following this type of exchange rate mechanism, you can have protection from the rapid changes in inflation. Countries like Bahamas, Denmark, Hong Kong, and Saudi Arabia are using a fixed rate system.

Moreover, a nation that follows a fixed rate exchange rate system is appealing to foreign investors because of the stability it offers in terms of investments. However, the government of the state that using such a system needs to keep a considerable amount of foreign exchange to preserve its value. In other words, following this type of system can be expensive.

It’s the type of foreign exchange rate system in which the currency rate is identified by some market forces, such as supply and demand. Compared to the fixed exchange rate mechanism, it doesn’t derive its price value from another currency.

The good thing about the rates under this system is that they’re not totally dependent on government and other international financial organizations. Also, the role of the market forces of supply and demand upholds the efficiency of operations.

On the other hand, a flexible exchange rate system is more likely susceptible to higher volatility because they’re determined by the market forces of demand and supply.

This refers to the current price of any currency. It’s the value in which your local currency will be converted once you decide to make a foreign transaction immediately. It also characterizes the daily exchange rate.

Using the spot rate when you send money abroad doesn’t require sophisticated mathematical analysis. It’s a straightforward rate since it works without any ambiguity. But, despite this system’s advantage, spot rates are not really a good indicator when there are temporary transitional phases in the economy, economic crisis, and many more.

Under this type of system, two values maintain the currency rate. The one is applicable for domestic transactions, while the other one is for foreign purchases. Also, the dual exchange rate system is followed by countries that transition from one system to another. It also ensures a seamless switch without bringing too much disruption to the economy.

Unfortunately, enforcing such kind of system may result in misallocation of resources coming from different industries.

Depending on your location, these are the common types of foreign exchange rates you may use for an international money transfer. Before you send money to someone else abroad, take a look into these types of rates and see how you can get the most out of them. For instance, you can use many comparison engine websites for checking the ideal money transfer exchange rates.

Foreign Exchange Rates: What Are The Factors That Affect Them?

In today’s modern world, numerous factors affect foreign exchange rates. Several of these elements are more likely connected to the trading relationship between the two countries. After all, these rates are relative and are often defined as the difference in value between two currencies.

Below are the leading factors that impact the fluctuations in exchange rates:

Inflation is the decline of the national currency. That’s why it can influence the value of the foreign exchange rates.

Countries with a higher inflation rate usually exhibit depreciation in the currency value, while the one with a lower inflation rate comes with a rising currency rate. That’s because of the increased purchasing power concerning other currencies.

Just like inflation, variations in interest rates can also affect the exchange rates. When a country experiences a rise in the interest rates, the value of the currency appreciates. The higher the rates that are given to the lenders, the more the state can attract foreign capital, which leads to an increase in the foreign exchange rates.

Foreign investors are more attracted to countries with strong economic performance. They typically look for a nation they can invest their capital and later on receive high returns on investments. Hence, if your country’s economy performs well, it can cause a rise in the foreign exchange rates.

However, when your country is dealing with economic turmoil, a depreciation in the prices is surely expected.

When we say government debt, it’s a national debt that’s owned and regulated by the central government. If your country has many government debts, it’ll less likely attract some foreign capital, which, in turn, leads to inflation.

As mentioned earlier, because of inflation, a drop in the value of the exchange rates will follow.

A country’s current account can also affect the value of the foreign exchange rates. In its simplest term, the current account refers to the trade balance existing between a country and its partners in trading. It also reflects all the transactions and payments made between countries for things, like goods, services, dividends, and many more.

However, deficits in the current account mean that the country spends more money on foreign trading that what it’s actually earning. This can lead to the borrowing of capital from foreign countries to cover the deficits. Excessive demand for foreign money decreases the exchange rate.

Another element that contributes to the fluctuation of a country’s exchange rates is the occurrence of recession. When there’s a recession, the interest rates are lowered. Thereby reducing the country’s chance to get foreign capital and resources. In the end, the currency’s value will weaken, and as a consequence, it’ll lower the foreign exchange rates.

These are the common factors that cause variations in exchange rates. Therefore, if you’re planning to send money internationally, make sure you’re updated about these factors. That way, you can determine the right time for an international money transfer.

By understanding how these variables work, you’ll be able to get the best exchange rates when transferring money overseas.

Foreign Exchange Rates: How Can You Get The Best One?

Now that you know the common factors that can cause foreign exchange rate variations, the next step to do is to learn some tips and make sure you get the best deal on the rates when sending money abroad.

Here’s what you need to know:

It’s essential to have a good baseline when comparing foreign exchange rates provided by money transfer companies. Check some websites online that offer real-time conversion rates, like the ANZ exchange rates, to see the current values of the currencies. For example, you can use a calculator to find the better deals depending on what you need.

Ask For A Quote

Finding the best rate can be a complicated process. To streamline the process, it’s best to request for a quote and compare them to the quotes given by other service providers.

Before making a choice, look at the total price and not just the rate itself. Making an international money transfer means you’re paying more than the exchange rate.

You also have to pay for the delivery charges, commission, and other related fees. So, check the total costs when sending money overseas.

When you utilize a forward contract, it enables you to lock in a specific exchange rate for a money transfer that’ll be done in the future. In most cases, you can do a lock-in for up to twelve months in advance.

However, not all money service providers will let you use a forward contract. That’s why you should consider this when looking for the best deal.

What Are The Best Ways To Send Money Overseas?

On top of the foreign exchange rates, you also need to figure out the perfect way of transferring money abroad. Today, there are a variety of services that can be used to send money wherever you are in the world. 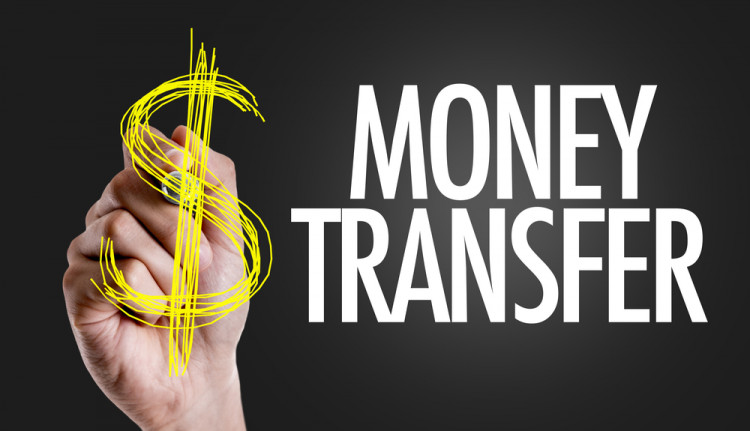 If you’re making a money transfer soon, here are some of the most popular ways to do it:

This is typically one of the most accessible options for an international money transfer because you can do it while staying at home within a few minutes. As long as you have a stable internet connection, sending money internationally will be much more convenient and faster.

Another way for transferring funds abroad is through a bank wire. It refers to an electronic fund transfer from one bank to another. To complete the transaction, both the sender and the recipient should provide a bank account and other specific information such as the full name, bank account number, branch number, and, many more.

The good thing about a bank wire transfer is that it can be done either in person or through the internet.

These are companies with offices around the world that focus on moving funds for customers between the two countries. They also provide both online and ground locations to facilitate money sending to anyone worldwide. Two of the most well-known money transfer operators around the globe are MoneyGram and Western Union.

With the help of technology, a money order can be a method of international money transfer that can be done online. When you transfer funds using a money order, you need to pay in advance for the amount provided.

Since the order is prepaid, you can be sure that the money is available once the recipient claims it.

Keep these transfer methods in mind when sending money internationally. By taking a look at each one of them, you can determine what option will work best for you and your recipient.

Make sure to compare all of them and review the fine print so you can get the best transfer rates and the right money transfer service.

If you’re making an international transfer now and wondering how and where you can get better value for foreign exchange rates, reading this article can help. By knowing all the information you need, you can send money internationally without breaking your wallet or bank account.

So, educate yourself about money transfers now and begin sending funds to your loved ones anywhere in the world.