We at Insider Monkey have gone over 700 13F filings that hedge funds and prominent investors are required to file by the SEC. The 13F filings show the funds’ and investors’ portfolio positions as of September 30th. In this article we look at what those investors think of Western New England Bancorp, Inc. (NASDAQ:WNEB).

Is Western New England Bancorp, Inc. (NASDAQ:WNEB) worth your attention right now? The smart money is buying. The number of long hedge fund bets rose by 1 in recent months. Our calculations also showed that WNEB isn’t among the 30 most popular stocks among hedge funds. 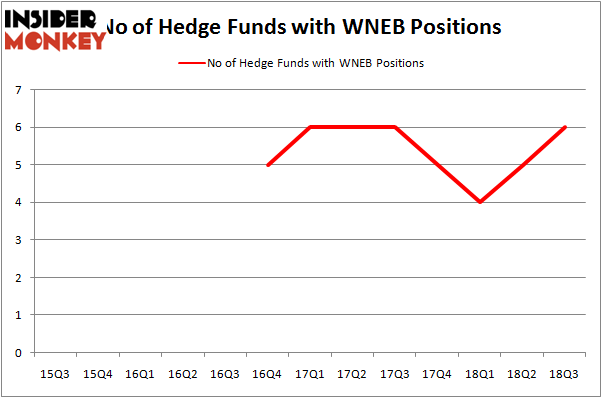 As you can see these stocks had an average of 7 hedge funds with bullish positions and the average amount invested in these stocks was $20 million. That figure was $36 million in WNEB’s case. Craft Brew Alliance Inc (NASDAQ:BREW) is the most popular stock in this table. On the other hand Jumei International Holding Ltd (NYSE:JMEI) is the least popular one with only 2 bullish hedge fund positions. Western New England Bancorp, Inc. (NASDAQ:WNEB) is not the least popular stock in this group but hedge fund interest is still below average. This is a slightly negative signal and we’d rather spend our time researching stocks that hedge funds are piling on. In this regard BREW might be a better candidate to consider a long position.