In the space of just four business days, the country’s biggest bank has had its capital return plan sent back to the drawing board, been burned at the stake by Senate inquisitors, and had a confidential management-team downgrade by the Office of the Comptroller of the Currency revealed in the press. 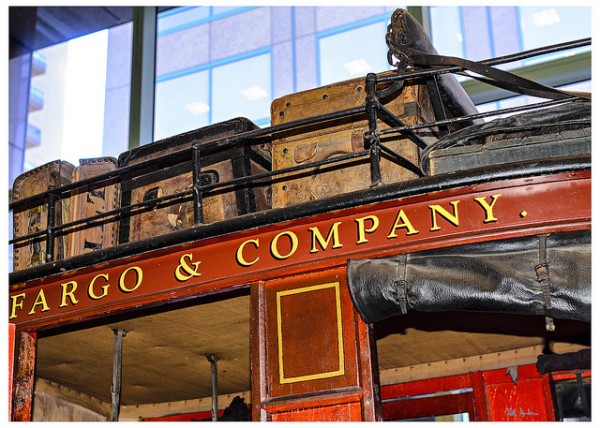 That’s a lot of noise, and none of it is good. As an investor, should you be tuning in or tuning out?

Bad-news recap
Before we dig into how you should be thinking about all this, let’s give each item a quick overview:

The questioning came in the wake of a 300-page Senate report on the scandal released the day before. Neither the report nor the questioning cast the bank’s handling of the London Whale in a good light, to say the least.

Management-team downgrade: Today, The Wall Street Journal is reporting that the Office of the Comptroller of the Currency downgraded JPMorgan Chase & Co. (NYSE:JPM)’s management team — last July — as a result of the then-hotly followed London Whale trading scandal. The bank’s score changed from a 2 to a 3, indicating that management “needs improvement.”

This too shall pass
Shares of JPMorgan were down by 0.16% yesterday alone, and 2.62% since last Thursday. After reading through the above, it’s probably not hard to figure out why. This is a lot of bad news in a short period of time, and investors are worried.

But I just don’t think there’s any cause for long-term alarm. In fact, this might be the perfect time to buy into the bank if you haven’t already, or to buy more shares if you already own some.

For starters, in due time, the stress-test stress shall pass. Jamie Dimon and his team are some of the smartest cookies on the banking block, and whatever sort of changes the Fed is requesting to the superbank’s proposed capital-return action plans, they will almost surely be made to the central bank’s liking.

Wells Fargo & Co (NYSE:WFC)‘s stress-test results weren’t that far off from JPMorgan Chase & Co. (NYSE:JPM)’s, and its proposed capital actions were unconditionally approved. Bank of America Corp (NYSE:BAC)‘s stress-test results were in the neighborhood of JPMorgan’s, as well. Whatever Dimon and his team need to fix, they will. In a statement reacting to the Fed’s decision, Dimon himself said: “JPMorgan Chase is fully committed to meeting all of the Fed’s requirements.”

Regarding the Senate questioning over the superbank’s handling of the London Whale, what you’ve already seen is probably all you’re going to get. That is, it was a lot of political theater. We’re going on a year out from when news of the botched trade broke, and the bank seems to be at the tail end of any losses.

The fact is, JPMorgan Chase & Co. (NYSE:JPM) was never in any danger from the deal, and while $6 billion sounds like a lot, for a bank with trillions in assets, it really isn’t. This too shall pass.

Finally, the OCC’s internal downgrade, revealed more than six months after the fact, doesn’t really change anything. From the perspective of the federal government action, there’s nothing necessarily new going on here. It just so happens word leaked out about this scorecard change now, and the news is piling onto other bad news.

Foolish bottom line
None of the three items mentioned above relates to JPMorgan Chase & Co. (NYSE:JPM)’s fundamentals. The bank you owned shares in last Thursday — before this wave of bad news began to break — is the exact same bank you own shares in today. And with the stock price currently depressed, again for no reason having to do with company fundamentals, if anything, now is the perfect time to buy.

The article Is This the Perfect Time to Buy JPMorgan? originally appeared on Fool.com and is written by John Grgurich.