Oil prices were on the move today as fear rose over the potential for the events in Cyprus to damage the European economy, and after Schlumberger yesterday reported weaker-than-expected drilling activity in the U.S. during the first quarter. At 4:00 pm ET on Tuesday, Brent crude was down 1.74% to $107.61, and WTI crude was down 1.70% to $92.15. U.S. natural gas was up 2.09% to $3.96. 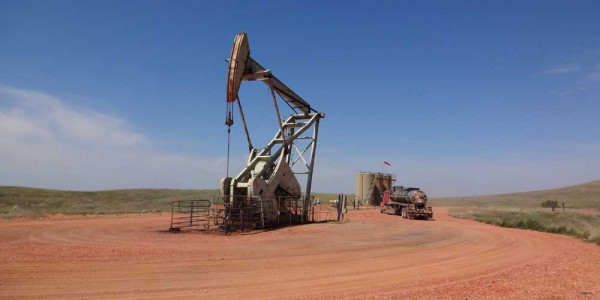 The top three
Today’s oil and gas stock leader was Abraxas Petroleum Corp. (NASDAQ:AXAS), up 4.89% to $2.36. Abraxas Petroleum Corp. (NASDAQ:AXAS) is an exploration and production company focused on the Rocky Mountain region, Permian Basin, and Texas Gulf Coast Basin. In the middle of the day, the stock spiked to $2.54, giving it a gain of 12.9% for the day on no news — but the stock quickly receded.

On Friday, Abraxas Petroleum Corp. (NASDAQ:AXAS) reported a mixed earnings release. Revenue was $19.1 million, higher than analyst expectations of $18.2 million. The company, however, reported a loss of $0.03 per share, while analysts had expected the company to break even this quarter.

Second among oil and gas stocks today was TransMontaigne Partners L.P. (NYSE:TLP), up 4.53% to $47.10. TransMontaigne Partners L.P. (NYSE:TLP)is a master limited partnership that provides terminals, storage facilities, and pipelines throughout the southeastern United States. The stock is up 24% this year as investors clamor for yield. On Friday, the stock dropped 3.8% on no real news, and today’s gain brought the stock back to the level before Friday’s drop.

In a research note last Thursday, a Bank of America Corp (NYSE:BAC) analyst went over why the company has a buy rating on the stock: TransMontaigne Partners L.P. (NYSE:TLP) is relatively unlevered, has good growth prospects and the ability to fund them without raising additional capital, and could be an acquisition target if the industry continues to consolidate.

And in third place today was Warren Resources (NASDAQ:WRES) , up 3.67% to $3.11. Warren Resources focuses on the Wilmington field in California and coalbed methane in the Rocky Mountain region. Two weeks ago, the company reported mixed earnings, and the stock is up 19% since then. CEO Philip Epstein said of the results: “We are in a strong financial position thanks to our continued drilling success in California. This financial strength will be helpful in implementing our new strategy of growing the company through acquisitions and joint ventures. As a result of drilling 17 new oil wells in California, our proved oil reserves increased by 9.5% during 2012 to 16.4 million barrels.” While the company missed estimates on revenue, earnings per share of $0.04 were in line with analyst estimates.

Widely held oil and gas stocks
Among widely held stocks, Chesapeake Energy (NYSE:CHK) was down 5.05%, for two reasons. First, Sterne Agee downgraded the stock to “underperform.” Analysts are worried about the $3 billion funding gap between the company’s expected cash flow and plans for capital expenditures. Second, Hess (NYSE:HES)‘ $265 million sale today of 43,000 acres in south Texas gives an implied value of $600 million for Chesapeake’s stake in the area, below analysts’ estimates of more than $1 billion.