There’s a catch-22 in the business model of most banks. Like retail stores on Black Friday, banks attract new customers by offering loss-leading, entry-level checking accounts at little to no cost. “I dream about [checking accounts],” the CEO of Wells Fargo & Co (NYSE:WFC) John Stumpf recently said. “It’s a formational account.”

The idea is that, once customers are in a particular bank’s financial ecosystem, they’ll begin using additional, higher-margin products like mortgages, retirement accounts, and credit cards. This explains why one of the statistics that Wells Fargo & Co (NYSE:WFC) is most proud of is its cross-sell ratio, which rose to 6.14 products per household in the second quarter of this year.

But what happens when customers don’t have the means or ability to use additional products? Here’s a hint: It’s the same thing that would happen to McDonald’s if people only ordered off the dollar menu or to Best Buy on Black Friday if shoppers only bought the heavily discounted DVD player. That is, banks get stuck with accounts that lose money.

According to Moebs Services, a consulting firm that specializes in the banking industry, the average checking account costs the nation’s biggest banks between $350 and $450 per year. Meanwhile, the average revenue per account comes in at an estimated $268 per year. The deficit, in turn, is intended to be offset by the use of additional products.

But here’s the issue: According to another industry source, somewhere around 40% to 50% of checking accounts — and remember, these are the formational accounts that Stumpf spoke of — are associated with households that live paycheck to paycheck. Thus, aside from perhaps a credit card, the likelihood that these households would use additional financial products is slim to none.

This leaves banks in a tough spot. On one hand, they need to continue offering entry-level accounts to attract new customers who will eventually be profitable. But on the other hand, a large proportion of those formational accounts don’t actually form into anything, leaving banks in a position where they lose money on a large swath of their customer bases.

So, what’s the solution? According to a recent piece in The New York Times, banks have created private databases akin to credit-rating agencies that have, in effect, blacklisted more than a million low-income Americans from the mainstream financial system for as long as seven years.

“Unlike traditional credit reporting databases, which provide portraits of outstanding debt and payment histories, these are records of transgressions in banking products,” the article explains. “Institutions like Bank of America Corp (NYSE:BAC) , Citibank and Wells Fargo & Co (NYSE:WFC) say that tapping into the vast repositories of information helps them weed out risky customers and combat fraud — a mounting threat for banks.” And, for the record, the other banks mentioned in the article include JPMorgan Chase & Co. (NYSE:JPM), BB&T Corporation (NYSE:BBT) , and Capital One Financial Corp. (NYSE:COF). 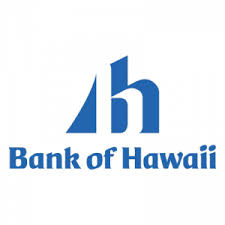