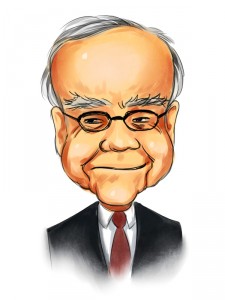 The Global Franchise Business Warren Buffett Loves the Most (Fool)
The Coca-Cola Company (NYSE:KO) just recently reported impressive quarter earnings results. It seems that KO is still a growth story. The global volume growth for the quarter was 4% and 5% year-to-date. The main area, which contributed to KO’s growth story, was Eurasia & Africa, with 11% growth in both this quarter and year-to-date, whereas the least growth area was Europe. North America stayed at 2% growth. Its operating revenue for the third quarter was $12.34 billion, only 1% higher than the same period last year. Nevertheless, on the comparable currency basis, it rose 6%. A 12% decrease in interest expense and a 40% increase in equity income make KO’s EBT (Earnings Before Tax) stay at $3 billion, a growth of 5% compared to last year. The diluted EPS was $0.50 for the quarter, 4% higher than $0.48 EPS third quarter 2011.

Berkshire Hathaway Continues to Buy DaVita (NASDAG)
The portfolio managers at Warren Buffett’s Berkshire Hathaway Inc. (BRK.A)(BRK.B) have increased the company’s stake in DaVita Inc. (NYSE:DVA) by 0.65% for approximately $110 per share on Oct. 16 and 17, 2012, as reported by GuruFocus Real Time Picks . Berkshire bought 63,928 shares in the transaction, which brought its total current shares owned to 10,547,040. The DaVita purchase was Berkshire’s fourth in less than a month and brought its ownership of the company to 10.5%. Berkshire initiated a position in DaVita in the fourth quarter of 2011 when the price was at $71 on average. The price has increased 56% since then and reached a new all-time high of $113.48 on Thursday.

ResCap Assets Head to Auction (Capital)
Residential Capital LLC will put its loan-portfolio and mortgage-servicing assets on the block for a bankruptcy court-supervised auction in the upcoming week. The mortgage servicer has leading bids lined up from Warren Buffett’s Berkshire Hathaway Inc. (BRKA, BRKB) and Nationstar Mortgage Holdings Inc. (NSM) for the assets, which will be sold separately. Nationstar bid $2.5 billion for the mortgage-servicing platform, slated for a Tuesday auction, while Berkshire on Wednesday will start off the bidding for ResCap’s legacy loan portfolio at $1.7 billion.

Sardar Biglari Is Not the Next Warren Buffett (TheStreet)
The Holy Grail for investors is to identify the next Berkshire Hathaway (BRK-A), which was originally a failing textile company in the 1960’s, that Warren Buffett and company have turned into gold. The truth is, there will probably never be another Berkshire Hathaway, or Warren Buffett for that matter, although that does not stop many of us from trying to identify potential candidates. …I’ve been following the career of Sardar Biglari for several years. At 34, he is the chairman and CEO of Biglari Holdings (BH), formerly Steak ‘n Shake. He and his team took over a struggling Steak ‘n Shake several years ago, and turned it around. The fact that the company then changed its name to Biglari Holdings in 2010 drew some ire; here was a young executive with great promise that some were already comparing to Buffett. Yet in naming the company after himself, he pulled off an un-Buffett like move, driven by ego.

How to Predict the Good Investments of the Future (CNBC)
Throw that crystal ball out — if you want to be a good investor you’ve got to think like a futurist just like Warren Buffett does, Michael Lee, author of a book entitled “Knowing Our Future: The Startling Case for Futurology”, told CNBC. Far from being mysterious and unknowable, futurist Michael Lee told CNBC that the future can be understood and predicted using math and scientific method. We just need to think ahead and think long-term, he said. “The speed of change is so fast that our current knowledge always falls behind change,“ Lee said, adding that the way to combat this is to look ahead into the long-term future.

Obama opts for class warfare over job-creating policies (BostonGlobe)
Differences between the tax rate on earned income and the rate on income generated from capital gains has lent some success to President Obama’s envy-the-rich campaign. It has given Democrats the edge in demagoguery by implying that billionaires like Warren Buffett are taxed less than their secretaries. Never mind that Buffett’s total tax in actual dollars is likely several thousand times as great as his secretary’s. As a sound bite, this inequity does sound unfair. But there are valid reasons for this difference in taxation rate, and they are connected to job creation. Taxing capital investment at lower rates encourages savings and investment, the lifeblood of economic growth and full employment. In addition, it keeps the wealthy investing instead of seeking tax shelters for their income and savings.

Buffett’s Gold Cube is Smaller Than You Think (WallStCheatSheet)
Warren Buffett, chief executive officer and largest shareholder of Berkshire Hathaway, is famously known as one of the greatest investors of all-time. His methodology with business investments has placed him among the world’s top billionaires consistently over the years. However, he is also infamously known by some investors for his views on gold, one of the most stable financial instruments in human history. Earlier this year, the “Oracle of Omaha” wrote an article in Forbes describing his preference for investing in productive companies, rather than gold. To illustrate his stance that gold is a “lifeless” asset, he provided an analogy of the world’s entire gold stock as a cube sitting on a baseball field. As it turns out though, that cube is smaller than many people think.

1 Huge Sign the Housing Recovery Is Real (DailyFinance)
Pundits have been proclaiming that the housing sector has bottomed and is about to turn around since virtually the beginning of the housing crisis. No less an authority than Robert Toll, CEO of major homebuilder Toll Brothers Inc (NYSE:TOL) , claimed that “we may be seeing a floor” way back in December. December of 2006, that is. Even Warren Buffett called the bottom too early, admitting to Berkshire Hathaway (NYS: BRK.B) shareholders that his 2011 bet on housing was dead wrong. 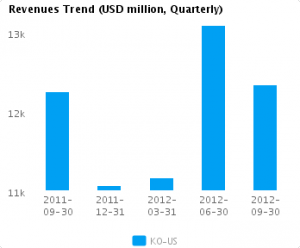 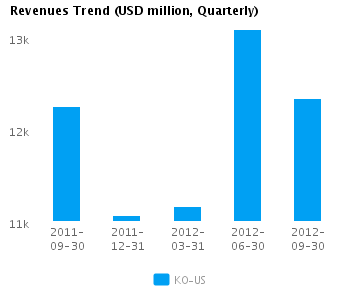