Warren Buffett Interveiw – There Has Been No Better Bet Than America

We think a legendary investor such as Warren Buffett, needs no introduction.

In this article, we have decided to do a write up of a couple of CNBC interviews with him. One was released in late February and the other two in the beginning of May 2019. From those videos, we have gathered his most interesting insights on US-China trade war, negotiating tactics, his advice on investing, Apple Inc. (NASDAQ:AAPL), among others. More details from one of the interviews, two hours long, you can find in the video below.

Starting with his thoughts on Apple and the company’s quarterly earnings that came out better than many anticipated. Warren Buffett said that he usually doesn’t have big expectations about any company’s quarterly earnings, even Berkshire’s. On the other hand, he was, of course, pleased to see the reported results, which reaffirmed once again the logic behind their $50 billion-plus investment in Apple. When asked about reducing Berkshire Hathaway’s position in Apple during the last quarter of 2018 by around 3 million shares, Warren Buffett responded that he wasn’t the one who sold it. Another person on a position in the company was the one who trimmed the fund’s stake, probably because he was working his way to find more money for another investment. When you have limited funds you need to sell some positions in order to make new. He, himself, never sold a single Apple’s share. People who are now running Berkshire don’t consult with him on every single decision.

Warren Buffett also gave advice to Berkshire’s shareholders to only consider what the company has achieved over a decade for instance, and not annually or quarterly. The most important metrics are actually those that cover a longer period of time, but at the same time, those are hard to be the only one taken into account in the times when earnings are recorded every minute. He trusts that their investments will bring them good profits over time, but he can’t predict how would those stocks perform in the following year or two.

On the matter of new investments, he didn’t want to reveal much, but he talked about first quarter addition also by other managers, the word was about Amazon.com, Inc. (NASDAQ:AMZN). He said that even though he wasn’t the one who bought it, he was an admirer of the stock and “an idiot for not buying”. Further emphasizing that the stock didn’t appear in Berkshire’s portfolio because he changed his personality and bought it, it appeared because Berkshire bought it. 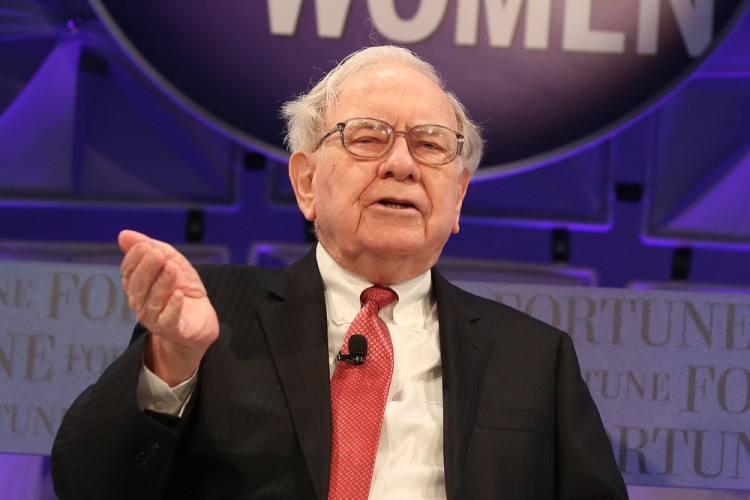 An iconic investor believes that a trade war would be bad for the whole world. “It could be very bad depending on the extent of the war.” He holds the opinion that free trade is better for the world, acknowledging the fact that tariffs are also being paid by some import companies, and that they can bring major effects to the consumer industry – shifts in what goods people purchase, where are the products made, and similar. Warren Buffett reasonably argued that such superpowers as the US and China would probably always have some kind of tension between them. Most likely in the next 100 years as well, hence we should get used to it. In spite of these complicated relations between the two countries, Warren Buffett trusts they’ll find a resolution good enough for both sides.

How Does Warren Buffett Negotiate?

Speaking of challenging negotiations between the two countries, we highlighted the part of the interview where Warren Buffett discusses his “negotiating tactics”, which seem to be fairly simple. Namely, he bluntly says what he plans to do and he ends up doing just that. That way he earned a reputation of an investor who doesn’t play games, and people are always clear about his intentions, hence they can more easily determine whether his offers are satisfactory or not. He pointed out that playing games is a terrible time waste, which he can’t afford.

On America’s Future and Buying Stocks

Warren Buffett is a true believer in America. He trusts that productive assets in the country are just going to increase their value. He reassured CNBC’s famous reporter, Becky Quick, that her children are going to have a better life, and her grandchildren even better, firmly believing in the constant progress of the US. This country’s development affects the stock market, of course, and the legendary investor trusts that you can profit if you hold a group of productive assets, but you should stay out of reading papers too much. Namely, we shouldn’t make a selling or buying decision based on the news headline. He further explained that it is ok to follow stock prices often only if you have more money and you wish to invest it further when the prices decline. Remembering the time he bought his first stocks (77 years ago), Warren Buffett explained that, at that time, you didnt’ have to pick a stock, all you had to do was pick America. You could do very well without reading newspapers, without knowing accounting. Even though the times have changed since then, some things haven’t, and investors should still believe in America and be aware of the fact that when they invest, they don’t actually buy a stock, but a part of a business. Hence, “if you own a decent business you’ll make money”.

On the question of investing in the S&P index funds, Warrant Buffet agreed that this is still the best option for most people because the majority doesn’t know how to choose stocks. Hence, for the feeling of safety, indexing is a good option, emphasizing once again that “there’s been no better bet than America.”

Who Should Our Grandchildren Listen to For Investment Advice?

Warren Buffett said that even though there are many fantastic young investors out there, investing essentials are not going to change in the next 50 or 100 years, there are not going to be any new discoveries. Hence, our grandchildren may as well continue following his advice. “I mean, it’s buying a business. You have to know how to value the business. And you have to know something about how markets operate. But you don’t buy a business, unless you can value it. You have to learn how to value businesses and know the ones that are within your circle of competence and the ones that are outside. And that won’t change.”

More useful insights from a legendary Warren Buffett you can find in this video below: