Walgreen Company (NYSE:WAG) recently made mistakes that temporarily affected its stock in a negative way. Its greatest error was choosing to not participate in the Express Scripts Holding Company (NASDAQ:ESRX) program, which is a very popular program among Walgreen customers. This move caused Walgreen to lose millions of customers to competitors, such as CVS Caremark Corporation (NYSE:CVS), and other pharmacies like Wal-Mart Stores, Inc. (NYSE:WMT).

Luckily for investors, Walgreen Company (NYSE:WAG) decided to reverse this decision and began participating in the Express Scripts program again. The shares have started to recover and I believe that the outlook for Walgreen is positive.

Walgreen and the Express Scripts misstep

When Express Scripts Holding Company (NASDAQ:ESRX) combined with Medco, the new company began handling more than 400 million customer prescriptions. When Walgreen decided not to participate in the Express Scripts program because it was not getting what it wanted from Express Scripts, it lost nearly all the customers that used this program, resulting in a huge loss. The company has reluctantly admitted that most of its former customers who use Express Scripts are now at other pharmacies. It will now have to try to win those customers back. 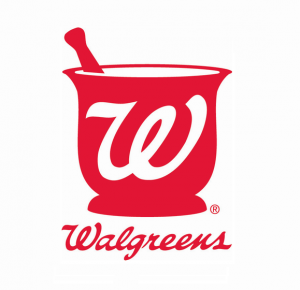 CVS Caremark Corporation (NYSE:CVS) and Wal-Mart Stores, Inc. (NYSE:WMT) benefited greatly from the decision by Walgreen Company (NYSE:WAG) to not participate in the Express Scripts Holding Company (NASDAQ:ESRX) program. Sales were up significantly for both companies, which gained new customers that left Walgreen. It will be difficult for Walgreen to get these customers back. It is always more difficult to win new customers than it is to retain existing customers. It will be an expensive endeavor, as Walgreen will be spending millions of dollars on advertising to get the customer count back to the former level. You can bet that both CVS and Wal-Mart will be working hard to retain new customers, making it more difficult for Walgreen.

Some investors have tried to insist that Walgreen Company (NYSE:WAG) was correct in the Express Scripts decision, but the sales numbers don’t lie. Deciding to abandon Express Scripts Holding Company (NASDAQ:ESRX) was clearly a bad decision; there is little point in trying to defend it.

But the good news is that Walgreen did decide to reverse its decision. Sometimes, companies are not even aware that their policy decisions could result in significant damage until its too late. The only thing Walgreen could have done better would have been to reverse its decision sooner. To its credit, once it became clear that it had made the wrong decision, Walgreen reversed course.

Though winning back customers will be difficult, there is also positive news that seems to signal that Walgreen Company (NYSE:WAG) is recovering. Now that it has started to participate in the Express Scripts program, it has gained new customers that use the service. It may be the case that some customers that were Express Scripts Holding Company (NASDAQ:ESRX) users have come back to Walgreen because it is actually the most convenient pharmacy for them. Walgreen may also be getting some new Express Scripts customers since joining with the network again. Either way, Walgreen has said that participating in the program has benefited sales figures.

Another bit of positive news is that repeat pharmacy business is up for Walgreen Company (NYSE:WAG). Though still negative by almost 3%, sales figures were worse in previous quarters, sometimes as much as 10% negative. This is an upward trend, so Walgreen may start seeing positive figures for repeat pharmacy business this year. Especially when you consider that Walgreen was able to attribute most of the negative same-store value to generic prescriptions.