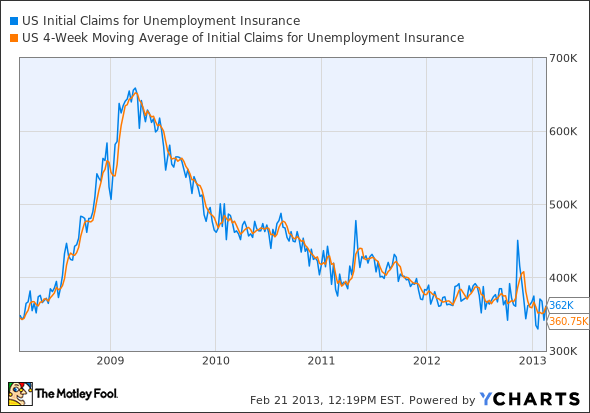 The second economic release also came from the Department of Labor, which reported that the Consumer Price Index was unchanged in January. Economists were expecting a slight rise of 0.1%. Over the past 12 months, the CPI is up 1.6%. Food prices were flat, while energy prices fell in January. Core CPI, which excludes the volatile food and energy categories (because, really, who uses those?), rose 0.3%. That was above analyst expectations of a 0.2% rise and above December’s 0.1% growth.

The fourth economic release was from the National Association of Realtors, which reported that existing-home sales increased to a seasonally adjusted annual rate of 4.92 million, beating last month’s 4.9 million and analyst expectations of 4.9 million. The housing market was a bright spot for the U.S. economy in 2012 and is so far continuing its strength. 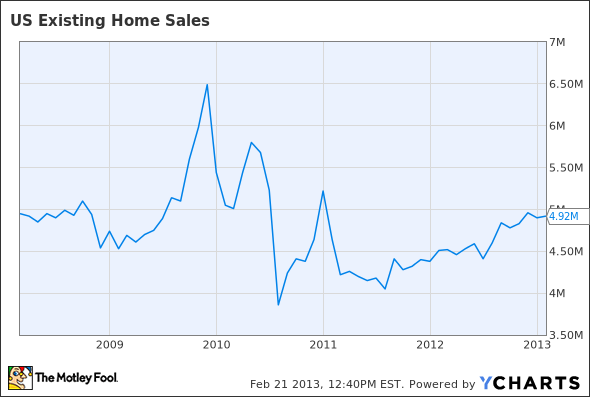 The fifth and final economic release was the Conference Board’s Leading Economic Index, which was up 0.2% in January to 94.1, slightly below analysts’ expectations of 0.3% growth. The index is made up of 10 indicators and is designed to signal peaks and troughs in the business cycle. The index was led upward by growth in housing permits, signaling a strengthening economy.

On top of the negative reports, the market is also dealing with fallout from yesterday’s release of the minutes of January’s Federal Open Market Committee meeting. Certain Fed officials expressed disagreement with the Fed’s current $85 billion per-month purchases of assets. Markets have been buoyed by the Fed’s purchases, and now investors are worried that the gravy train will come to a halt.