The online merchant was, for a good amount of time, a unique entity. An entity that also enjoyed a unique and wide moat. Is this still the case, however?

It seems that the drawbridge has slowly been lowered over the former online merchant moat, and now the big “brick-and-mortar” stores are crossing the bridge. The barriers of entry for online sellers is being lowered, and now retail companies like Wal-Mart Stores, Inc. (NYSE:WMT) are beginning to digitally compete with online dominators like Amazon.com, Inc. (NASDAQ:AMZN). This bridge also goes both ways, too.

From digital to physical…. 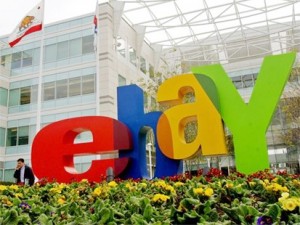 As eBay Inc (NASDAQ:EBAY) has seen its PayPal revenues drop from 32% to 18% year-over-year (according to Bloomberg), the company is looking to expand into brick-and-mortar retail. PayPal will soon be made available in over 2 million physical stores, primarily through in-store partnerships with established retailers such as RadioShack Corporation (NYSE:RSH), and will offer new competition in the mobile payments field.

PayPal is aggressively looking to take out mobile payment rivals such as Square as well. Beginning in June, eBay Inc (NASDAQ:EBAY)-owned PayPal will start processing payments for free through the end of 2013 if a merchant chooses to replace its existing cash registers with one of PayPal’s new point-of-sale services.

PayPal expanding into retail will give eBay Inc (NASDAQ:EBAY) access to the lucrative physical retail market– which does about 20 times more in sales than the online world eBay Inc (NASDAQ:EBAY) is currently limited to. This also allows eBay to get into retail without directly competing with well-established retail giants like Wal-Mart Stores, Inc. (NYSE:WMT), allowing the company to instead work alongside them with PayPal.

It’s harder to penetrate into physical retail as an onliner by opening new stores than it is for a physical retailer to open an online store to compliment an established chain of physical stores. This seems like a smart move by eBay Inc (NASDAQ:EBAY) to slowly seep into retail, as well as provide already established merchants incentives to help them do it.

Wal-Mart Stores, Inc. (NYSE:WMT) is a leader in physical retail and Amazon.com, Inc. (NASDAQ:AMZN) is the clear king of online retail. But what happens when these two behemoths clash? This is happening now, as Wal-Mart is pursuing online retail to compliment its physical presence. So, will it work?

Wal-Mart Stores, Inc. (NYSE:WMT)’s online sales increased over 30% in its most recent quarter, as opposed to a revenue increase of about 22% for Amazon.com, Inc. (NASDAQ:AMZN) in its most recent quarter. This is a very naive, narrow-minded and short-term fact if used to exclaim “Wal-Mart is beating Amazon.com, Inc. (NASDAQ:AMZN) at its own game!”, but it does show that Wal-Mart Stores, Inc. (NYSE:WMT) is successfully increasing revenues online (which now accounts for around 10% of total revenues).

While Amazon.com, Inc. (NASDAQ:AMZN) still had over three times as many unique visitors in March as Wal-Mart, Wal-Mart also seems to be gaining some significant ground. Also, don’t forget that Wal-Mart also owns the second largest amount of online web property.

So where is the trend heading?

While Amazon has its cloud services and Kindle lines, from a pure retail sellers’ perspective, Wal-Mart already has many things that may not only help it close the gap with its online competitor – but also differentiate itself. Wal-Mart’s incredible physical store footprint and economies of scale are almost impossible to reproduce or compete with, and it cannot only use this to leverage against relying solely on just online sales, but it can also offer an online store that is seamlessly integrated with its physical ones. This allows Wal-Mart to provide services Amazon simply can’t, such as the ability to return and exchange items bought online at physical stores.

Amazon’s online retail moat is being breached and attacked by Wal-Mart, and at the end of the day, Wal-Mart has a very good chance of possibly even overlapping the current leader. Wal-Mart is also attracting customers who are without a traditional bank account (who also can’t shop online without a bank account or a credit card) with its Bluebird Program that it has launched in conjunction with American Express Company (NYSE:AXP).