Tomorrow will mark the battle for what could be the 45th President of the United States. Barack Obama will square off against Mitt Romney with the goal of holding on to his presidency for another four years. This year’s campaigning and election path has been especially brutal, as politics have evolved into a mud-slinging contest that seems to know no boundaries.

As was expected, the economy was at the forefront of this year’s battle, as the country seems relatively divided on whether or not we are better off than we were four years ago. But no matter what happens this week, we know two things for sure: we will no longer have to hear about only politics 24/7 on every news station, and the next president will have a marked impact on the commodity investing world [for more commodity news and analysis subscribe to our free newsletter].

Should Mitt Romney dethrone Obama, the energy field is sure to see things shaken up in the coming four to possibly eight years, as he has some very different policies from Obama.

Natural Gas: It is generally agreed that a Romney victory will be huge for fossil fuels, including natural gas. Currently, many are worried that Obama’s clean energy policies and environmental red tape will put a hindrance on the NG industry and new technologies like fracking. Romney has been quite vocal about his support for this commodity and producers are sure to see less obstacles in their way when it comes to drilling and production.

Crude Oil: One of Romney’s biggest initiatives will be to fast-track the Keystone XL Pipeline project, a project that would allow the United States to import a large quantity of Canadian oil sands. The project is currently at a standstill given some of the environmental impacts that may arise from its building, but Romney seems less concerned with that issue than the current incumbent.

Coal: This was one of the biggest attacking points through out all of the campaigning, as Romney feels that the United States is foolish not to use its abundant coal resources. President Romney will certainly see a jump in the use of this commodity [see also Ultimate Guide To Coal Investing].

Should Barack Obama renew his presidency, investors will see less change in the commodity space, but instead continued policies that tend to favor some of these assets over another.

Solar: Obama has been very adamant about subsidizing solar energy and trying to make this green source a much bigger part of the overall economy. Of course, many point to the example of Solyndra as a benchmark for failed policies, but an Obama victory will continue to let the sun shine on this alternative energy source.

Gold: Mitt Romney has been quite vocal about his opposition to renewing Ben Bernanke for another term in 2014, a sad day for gold investors. Bernanke’s money-printing addiction has been looked upon favorably by gold bugs as they feel that the constant dollar debasement is only making their favorite precious metal even stronger. Though nothing is set in stone, an Obama victory could point to a few more years at the helm of the Fed for Bernanke [see also Overseas Gold ETFs: Safer or Gimmick?].

Agribusiness: Obama seems much more willing to help out struggling farmers and agribusiness firms than his competitor. This summer, after enduring the worst drought in recent memory, Obama fought hard to pass a bill to help out farmers that had been ravaged by the extreme weather. Romney’s running-mate, Paul Ryan, moved to block that bill in Congress.

DJCI In Depth: The Five Minute Guide To The Commodity Total Return ETN 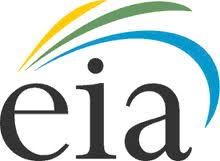 Commodities To Watch in Sandy’s Wake

These 3 Energy Stocks Could Soar if Romney Wins the Election
Monthly Newsletter Strategy
Download a free copy of our newsletter and see the details inside!
Hedge Fund Resource Center
Billionaire Hedge Funds