LONDON — Vodafone Group Plc (ADR) (NASDAQ:VOD) released its final results this morning, and announced that the group’s revenue saw a decline of 4.2% on a reported basis to 44.4 billion pounds, while EBITDA fell 3.1% to 13.3 billion pounds. 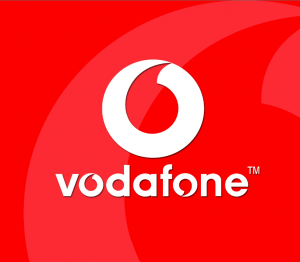 This was mainly caused by the continued turbulent conditions in Southern Europe, which has seen the company cut prices there in an attempt to keep its customers and as such revenue for the region fell 16.7% on a reported basis.

However, group adjusted operating profit rose 9.3% to 12 billion pounds, which was above previous guidance, and adjusted earnings per share increased 5% at 15.65 pence, following success elsewhere in the business.

Vodafone Group Plc (ADR) (NASDAQ:VOD) Red, the company’s “new strategic approach to pricing and our customer proposition,” was launched in 14 countries, and had 4.1 million customers as of May 12, 2013, with “very positive initial results”.

The group was able to lift its total ordinary dividends per share by 7% today for a final figure of 10.19 pence and thus, with the shares up marginally in early trade to 197.93 pence, it brings Vodafone Group Plc (ADR) (NASDAQ:VOD) onto a current yield of 5.1%.

Thanks to further strong progress this year in our key areas of strategic focus -data, enterprise and emerging markets-and an excellent performance from VZW, we have achieved good growth in adjusted operating profit and adjusted earnings per share. However, we have faced headwinds from a combination of continued tough economic conditions, particularly in Southern Europe, and an adverse European regulatory environment.

The article Vodafone Group (LSE:VOD) (NASDAQ:VOD) Increases Dividend By 7% to Yield 5.1% originally appeared on Fool.com is written by Sam Robson.