To most market participants, hedge funds are perceived as unimportant, outdated financial vehicles of yesteryear. While there are more than 8000 funds with their doors open today, we look at the top tier of this group, around 450 funds. It is widely believed that this group controls the lion’s share of the hedge fund industry’s total asset base, and by monitoring their best investments, we have spotted a few investment strategies that have historically outstripped the market. Our small-cap hedge fund strategy outperformed the S&P 500 index by 18 percentage points annually for a decade in our back tests, and since we’ve began to sharing our picks with our subscribers at the end of August 2012, we have outpaced the S&P 500 index by 24 percentage points in 7 months (explore the details and some picks here).

Just as integral, bullish insider trading sentiment is a second way to parse down the world of equities. As the old adage goes: there are a variety of incentives for an insider to get rid of shares of his or her company, but only one, very simple reason why they would behave bullishly. Many empirical studies have demonstrated the useful potential of this strategy if investors know where to look (learn more here).

What have hedge funds been doing with Vitamin Shoppe Inc (NYSE:VSI)?

At the end of the fourth quarter, a total of 11 of the hedge funds we track were bullish in this stock, a change of 10% from one quarter earlier. With hedge funds’ positions undergoing their usual ebb and flow, there exists a few key hedge fund managers who were upping their stakes significantly.

According to our comprehensive database, Donald Chiboucis’s Columbus Circle Investors had the biggest position in Vitamin Shoppe Inc (NYSE:VSI), worth close to $43.4 million, comprising 0.3% of its total 13F portfolio. Sitting at the No. 2 spot is Jim Simons of Renaissance Technologies, with a $11.9 million position; less than 0.1%% of its 13F portfolio is allocated to the stock. Remaining peers that are bullish include John Murphy’s Alydar Capital, Paul Tudor Jones’s Tudor Investment Corp and Israel Englander’s Millennium Management.

As one would reasonably expect, key money managers were leading the bulls’ herd. Alydar Capital, managed by John Murphy, assembled the largest position in Vitamin Shoppe Inc (NYSE:VSI). Alydar Capital had 10 million invested in the company at the end of the quarter. Israel Englander’s Millennium Management also made a $4.5 million investment in the stock during the quarter. The only other fund with a new position in the stock is Ken Griffin’s Citadel Investment Group.

Bullish insider trading is most useful when the company we’re looking at has experienced transactions within the past half-year. Over the last six-month time frame, Vitamin Shoppe Inc (NYSE:VSI) has seen 2 unique insiders purchasing, and 2 insider sales (see the details of insider trades here).

Let’s go over hedge fund and insider activity in other stocks similar to Vitamin Shoppe Inc (NYSE:VSI). These stocks are Five Below Inc (NASDAQ:FIVE), Office Depot Inc (NYSE:ODP), EZCORP Inc (NASDAQ:EZPW), Francesca’s Holdings Corp (NASDAQ:FRAN), and Coinstar, Inc. (NASDAQ:CSTR). This group of stocks are in the specialty retail, other industry and their market caps are closest to VSI’s market cap. 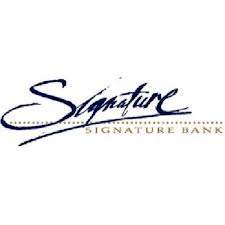