Dan Loeb, the famous hedge fund manager, delivered quite a strong annualized return of 15.4% in the past 15 years, leaving the S&P 500’s annualized return of only 4.5% during the same period in the dust. In the first quarter of 2013, he purchased a lot of shares in Virgin Media Inc. (NASDAQ:VMED). With 11 million shares, Virgin Media became his second biggest position, accounting for 10.1% of his total portfolio. Should we follow him into Virgin Media? Let’s find out.

The formation of the world’s leading cable company 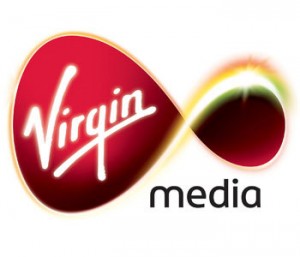 Virgin Media Inc. (NASDAQ:VMED) is considered one of the leading entertainment and communications businesses in the world, providing Broadband Internet, mobile and fixed line telephony, and television services to 4.9 million residential cable customers and 3 million mobile customers in the U.K. Most of its revenue, £3.43 billion, or nearly 84% of its total 2012 revenue, was generated from the Consumer segment, while the Business segment contributed only £670.3 million in revenue in 2012.

In February, Virgin Media Inc. (NASDAQ:VMED) entered a merger & acquisition agreement with Liberty Global Inc. (NASDAQ:LBTYA), the global leader in Broadband Internet, video and telephony services in Europe. The price tag came in at around $16 billion in equity value and $23.3 billion in enterprise value. In this merger deal, Virgin Media’s shareholders will receive $17.50 per share in cash, 0.2582 Series A shares and 0.1928 Series C shares of Liberty Global. As Liberty Global Inc. (NASDAQ:LBTYA) had around 20 million customers in Europe and Chile, the combined company would be the world’s leader in the cable industry with the highest number of customers of 25 million. Moreover, the synergy would enhance those two business economies of scales, with extreme revenue concentration. Around 80% of its total revenue came from five European markets.

Comcast Corporation (NASDAQ:CMCSA) had a lower number of customers

After the deal, as mentioned above, the combined company would take the world’s leading position away from Comcast. At the end of 2012, Comcast had around 22 million video customers, 19.4 million high-speed Internet customers and 10 million voice customers. In the past five years, while the number of high-speed Internet customers and voice customers has consistently increased, its video customers experienced a consistent decline from 24.2 million in 2008. The Cable Communications segment was still the largest revenue and income contributor of Comcast Corporation (NASDAQ:CMCSA). In 2012, it generated more than $39.6 billion in revenue and $9.85 billion in operating income.

Comcast Corporation (NASDAQ:CMCSA) has returned its cash to shareholders in both dividends and share buybacks. In 2012, it spent around $3 billion to repurchase nearly 96.6 million shares. Moreover, it also paid out $0.65 dividend per share to shareholders. In February, Comcast Corporation (NASDAQ:CMCSA) announced a 20% increase in its quarterly dividend to $0.195, and authorized a share buyback program of as much as $2 billion in 2013, depending on market conditions.