When you ask any 90s kid which parts of their childhood they are most fond of, you may be surprised at one common factor they all share: watching cartoons on the weekends. ViacomCBS Inc (NASDAQ:VIAC), which owns Nickelodeon, a popular pay television channel which broadcasts many nostalgic children’s cartoons, is a high dividend yielding, low priced, powerhouse. ViacomCBS has the unique ability to move an audience with nostalgia. Furthermore, the company also owns the rights to multiple sports leagues and popular franchises such as Star Trek, Mission Impossible and Shrek, as well as individual beloved films such as Forrest Gump. It is undeniable that ViacomCBS has a hold on many beloved names, however, how does this make it a great long-term stock idea? 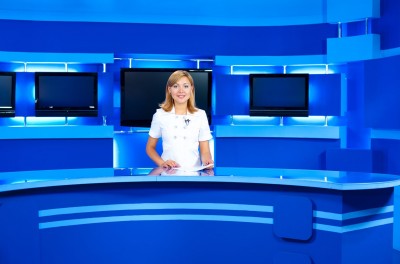 Untapped Assets and the Shift to Streaming

Before we jump into a more technical look at what makes this stock a valuable addition to any long-term portfolio, we need to explore a couple of concepts. To start off with, nostalgia has been proven time and time again to drive sales and gain eyeballs. For example, when Hostess, the company that produced the popular snack “Twinkies”, filed for bankruptcy, Americans were devastated. A name that had been with them since childhood, was now being taken off of grocery store shelves. However, these nostalgic feelings for the brand, is what led Apollo Global Management to purchase Twinkies and several other of Hostess’ snacking trademarks for $410 million.

In the same right, ViacomCBS Inc has enormous potential to reboot or further many popular franchises, a huge asset in the long-term and a catalyst for stock market growth. This is especially true as more and more streaming services are taking back the rights to their programming from relatively newer companies such as Netflix, which lease the rights to stream programming. ViacomCBS has already begun the shift to streaming, with their own service CBS All Access.

At the moment this only contains a handful of movies and tv-shows that the brand owns, however, they are planning on adding a full sleuth from their Paramount Pictures and Nickelodeon brands. This will certainly greatly increase the popularity of their streaming service. When Disney released their flagship streaming platform, Disney Plus, their price per share shot up 7% within a day. Therefore, there is a good chance that ViacomCBS Inc adding additional programming to CBS All Access, will have at least some positive effect on the price per share. It may even be a catalyst for additional long-term gains.

Lastly, ViacomCBS Inc also owns popular sports rights, including the NFL, College Football and the NCAA’s March Madness. According to Google Trends, a service to track search term volume, the NFL has become more and more popular over time (See chart). This insight tells us that interest from other stations and platforms to rebroadcast and distribute sporting events, is growing year over year, creating another revenue stream for ViacomCBS.

A Technical Look at ViacomCBS Inc

To begin with, the current global COVID-19 pandemic has caused the markets to plummet to historically low levels. ViacomCBS Inc is not immune to this and was potentially affected even more due to the pandemic causing the cancellation of the basketball season. Prior to this, ViacomCBS was valued around $40 but has a value of $15 at this time. Seeing it get back to those levels and go above makes it a great time to buy for the long-term since historically, the stock market has always recovered and moved higher after every large sell-off. Additionally, with a relatively high dividend yield of 6.51%, investor will be making money over the course of their long-term hold.

Furthermore, ViacomCBS’ nostalgic original programming makes true competition scarce. For example, for an individual who grew up watching programming on Nickelodeon, a reboot of a series that is produced to now appeal to an aged fanbase, is something that cannot be mimicked by another corporation. Additionally, the monopolistic nature of basketball and football leagues makes it difficult for competitors to broadcast the sports, with the same popular players.

The largest rival to ViacomCBS Inc are Disney and the Comcast Corporation. Both have already launched their own streaming platforms. Disney has turned one of it’s most popular franchises Star Wars, into a television series, which makes you wonder, what if Mission Impossible or Forrest Gump were turned into series on CBS all access? The average American subscribes to 3.4 streaming services so there is still some empty space to grow into consumer’s lives.

To continue on, popular negative sentiment states that with an increase in cord-cutting by consumers, a large aspect of ViacomCBS’ business (selling cable airtime to advertisers), will take a big hit. However, this aspect is easily replaced by accompanying a paid subscription streaming model, with a free, advertiser supported one. The main factor in any streaming services popularity is their programming, and ViacomCBS Inc already has plenty of popular franchises under its umbrella.

(For disclosure purposes, I do not own any stake in ViacomCBS, Comcast or Disney)