The telecom industry is one of the most followed industries in the entire technology sector. It has some of the best dividend yields in the entire market, which can be attributed to the high earnings visibility. The entire industry is going through a power struggle because smartphone manufacturers now enjoy greater bargaining power in this arena. 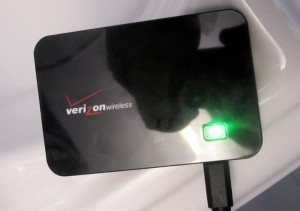 The telecom companies have always had a major say in which gadgets get the most interest from consumers. Carriers support smartphone manufacturers of their choice by giving them more shelf space, better deals, and promotion. Apple Inc. (NASDAQ:AAPL)’s iPhone has changed all that by giving the power back to the manufacturers. The high demand for the devices has forced telecom companies to offer high subsidies to ensure that subscribers do not migrate to competing carriers.

This single fact has changed the entire telecom sector in a number of different ways. A number of large telecom carriers are paying billions in subsidies to Apple Inc. (NASDAQ:AAPL). In my recent update on the telecom sector, I discussed the efforts of Verizon Communications Inc. (NYSE:VZ) and AT&T Inc. (NYSE:T) to make an attempt on Vodafone Group Plc (ADR) (NASDAQ:VOD) .

There was a rumor going around Wall Street that Verizon Communications Inc. (NYSE:VZ) has finally found a way around its predicament of buying out Vodafone Group Plc (ADR) (NASDAQ:VOD). The European telecom giant owns a major share in Verizon, and the U.S. telecom giant has been openly trying for quite a while to buy back its stake from Vodafone.

The deal was estimated to value Vodafone Group Plc (ADR) (NASDAQ:VOD) at a mammoth $245 billion. Verizon Communications Inc. (NYSE:VZ) was reportedly in for its own stake, while AT&T Inc. (NYSE:T) was supposed the get the remaining of Vodafone’s assets in Europe and Asia. The reports were denied by the involved parties, but I advised investors to keep an eye out for further news related to M&A in this arena.

According to recent developments, attempts are being made to acquire Sprint Nextel Corporation (NYSE:S) .Reports indicate that DISH Network Corp (NASDAQ:DISH) has made a $25.5 billion offer to acquire Sprint. According to The Wall Street Journal, this bid has set the stage for a showdown between two billionaires. The Chairman of Dish, Charles Ergen, will be facing tough competition from Masayoshi Son of SoftBank.

Mr. Son is one of the early investors in Yahoo! Inc. (NASDAQ:YHOO) and made a $20 billion offer for 70% stake in Sprint Nextel Corporation (NYSE:S) last October. SoftBank is now trying to convince Sprint that they can be a matter match for the American telecom giant. Their primary motive is to convince Sprint that the DISH Network Corp (NASDAQ:DISH) deal will make a company which will be buried in debt and will not be able to make the required investment needed to expand Sprint’s network.

Mobile devices have increased the demand for data and are resulting in more growth for telecom carriers. These are becoming attractive acquisition targets due to their high earnings visibility and the high growth potential in the data market.

At current valuations, Sprint Nextel Corporation (NYSE:S) is trading at a 10% premium to mean sell side target price. Despite these high valuations, I believe the bidding war to acquire Sprint is just starting, and the company can go much high on M&A news.

The article Keep an Eye on These M&A Developments originally appeared on Fool.com and is written by Mohsin Saeed.