We started seeing tectonic shifts in the market during the third quarter. Small-cap stocks underperformed the large-cap stocks by more than 10 percentage points between the end of June 2015 and the end of June 2016. A mean reversion in trends bumped small-cap stocks’ return to almost 9% in Q3, outperforming their large-cap peers by 5 percentage points. The momentum in small-cap space hasn’t subsided during this quarter either. Small-cap stocks beat large-cap stocks by another 5 percentage points during the first 7 weeks of this quarter. Hedge funds and institutional investors tracked by Insider Monkey usually invest a disproportionate amount of their portfolios in smaller cap stocks. We have been receiving indications that hedge funds were boosting their overall exposure and this is one of the factors behind the recent movements in major indices. In this article, we will take a closer look at hedge fund sentiment towards Varian Medical Systems, Inc. (NYSE:VAR).

Is Varian Medical Systems, Inc. (NYSE:VAR) a splendid investment now? Money managers are really becoming less confident. The number of bullish hedge fund bets went down by 2 in recent months. VAR was in 15 hedge funds’ portfolios at the end of September. There were 17 hedge funds in our database with VAR positions at the end of the previous quarter. The level and the change in hedge fund popularity aren’t the only variables you need to analyze to decipher hedge funds’ perspectives. A stock may witness a boost in popularity but it may still be less popular than similarly priced stocks. That’s why at the end of this article we will examine companies such as Lennar Corporation (NYSE:LEN), Aramark (NYSE:ARMK), and Akamai Technologies, Inc. (NASDAQ:AKAM) to gather more data points. 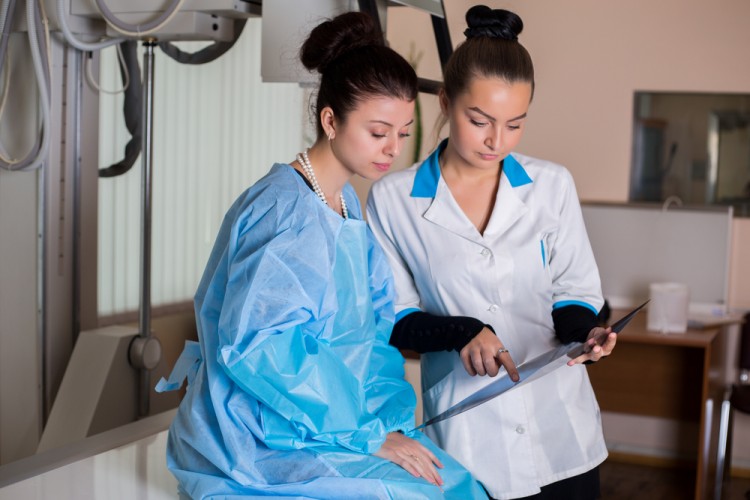 Heading into the fourth quarter of 2016, a total of 15 of the hedge funds tracked by Insider Monkey were bullish on this stock, down by 12% from the previous quarter. Below, you can check out the change in hedge fund sentiment towards VAR over the last 5 quarters. So, let’s examine which hedge funds were among the top holders of the stock and which hedge funds were making big moves. 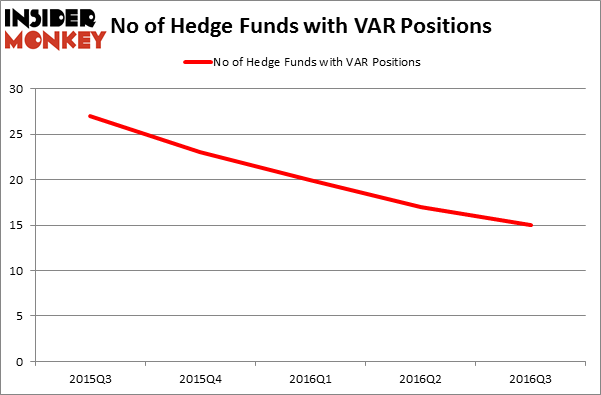 According to publicly available hedge fund and institutional investor holdings data compiled by Insider Monkey, David Blood and Al Gore of Generation Investment Management holds the most valuable position in Varian Medical Systems, Inc. (NYSE:VAR). Generation Investment Management has a $143.5 million position in the stock, comprising 1.6% of its 13F portfolio. The second largest stake is held by Cliff Asness of AQR Capital Management, with a $24.8 million position. Remaining professional money managers that are bullish comprise Principal Global Investors’ Columbus Circle Investors, Michael Platt and William Reeves’ BlueCrest Capital Mgmt. and John W. Rogers’ Ariel Investments. We should note that none of these hedge funds are among our list of the 100 best performing hedge funds which is based on the performance of their 13F long positions in non-microcap stocks.

Seeing as Varian Medical Systems, Inc. (NYSE:VAR) has sustained falling interest from the entirety of the hedge funds we track, it’s safe to say that there lies a certain “tier” of hedge funds who sold off their full holdings in the third quarter. It’s worth mentioning that First Eagle Investment Management got rid of the biggest investment of the 700 funds monitored by Insider Monkey, totaling about $355.7 million in stock. Ernest Chow and Jonathan Howe’s fund, Sensato Capital Management, also cut its stock, about $4.7 million worth.

As you can see these stocks had an average of 33 hedge funds with bullish positions and the average amount invested in these stocks was $842 million. That figure was $188 million in VAR’s case. Lennar Corporation (NYSE:LEN) is the most popular stock in this table. On the other hand XL Group plc (NYSE:XL) is the least popular one with only 22 bullish hedge fund positions. Compared to these stocks Varian Medical Systems, Inc. (NYSE:VAR) is even less popular than XL. Considering that hedge funds aren’t fond of this stock in relation to other companies analyzed in this article, it may be a good idea to analyze it in detail and understand why the smart money isn’t behind this stock. This isn’t necessarily bad news. Although it is possible that hedge funds may think the stock is overpriced and view the stock as a short candidate, they may not be very familiar with the bullish thesis. In either case more research is warranted.