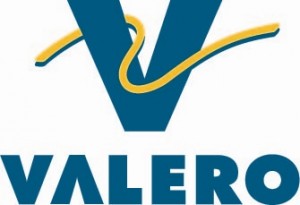 For some three decades, Saudi Arabia and the rest of the Organization of the Petroleum Exporting Countries, or OPEC, have wielded tremendous influence over the global oil markets. Saudi Arabia, in particular, has enjoyed the unparalleled ability to influence global oil prices by increasing or reducing its production and exports — an advantage it has exercised at various points over the past few decades.

But the recent surge in non-OPEC crude oil supplies, fueled mainly by growing production from U.S. shale and Canada’s oil sands, has radically altered the game for OPEC, even threatening to reduce the organization’s share of the global oil market this year to its lowest level in more than a decade. But far from proclaiming gloom and doom, the Saudis say they aren’t worried.

“Our No. 1 interest is a well-balanced oil market that promotes a strong global economy,” Naimi was quoted as saying in the Oil & Gas Journal.

Naimi also said he expects global fossil fuel demand to remain strong, a belief that sharply contrasts with Citigroup Inc (NYSE:C)‘s recent suggestion that global oil demand could soon peak. But despite this, he said the kingdom doesn’t plan to substantially increase its production capacity as it has in previous years.

Naimi also cast doubt on the idea of American energy independence within a decade, suggesting that the U.S. will continue to import crude oil from major oil-exporting nations such as Saudi Arabia for the foreseeable future.

“This talk of ending U.S. reliance on imports is naive and simplistic,” he said on April 30, speaking at the Center for Strategic and International Studies. “[It] disregards interlinked markets. Just as I didn’t accept the peak oil argument years ago, I reject the U.S. energy independence idea now.”

U.S. still reliant on Saudi imports
He makes a good point. Even though U.S. oil imports fell to 8.5 million barrels a day last year — the lowest level since 1997 — imports from Saudi Arabia and Canada actually grew.

According to data from the U.S. Energy Information Administration, Canadian imports to the U.S. reached a record 2.4 million barrels of crude oil per day, up 8% from the previous year, while Saudi imports increased 14% to 1.4 million barrels a day, the highest level since 2008.

The increase in Saudi and Canadian imports highlights some crucial points about crude oil: Not all crudes are created equal, and U.S. refinery demand for them varies depending on their qualities, such as density and sulfur content.

Why U.S. refiners are still thirsty for Saudi oil
While you’d think the higher expenses involved with processing heavier grades of crude oil would discourage U.S. refiners, that’s far from the case. Over the past several years, many refiners invested heavily in the equipment and upgrades necessary to process heavy crudes at their plants.