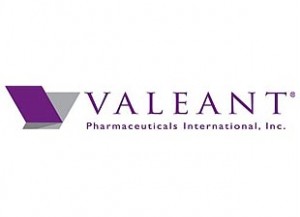 Actavis Inc (NYSE:ACT) generates most of its sales from the generic segment, 75% in FY2012, which has led to lower gross margins than its branded drug competitors. This segment requires massive size and scale for long term success and the company has built a 60 country operating footprint, with recent expansion activities into Russia, Australia, and the Nordic countries. Actavis Inc (NYSE:ACT) has also been moving toward the higher-margin, specialty drug segment, like oncology and women’s health, which are less susceptible to reimbursement cuts from government insurance programs.

In FY2012, Actavis Inc (NYSE:ACT) reported a 29.0% increase in its revenues, primarily due to its combination with Watson Pharmaceuticals, as well as gains from its specialty drug and distribution segments. The company’s operating margin slipped, though, due to rising competition in the generic segment and a need for heavy investment in research and development. Not surprisingly, Actavis continues to pursue acquisitions in the specialty drug segment, in a bid to offset its profit margin compression.

Actavis is following the lead of Teva Pharmaceutical Industries Ltd (ADR) (NYSE:TEVA), its larger competitor and the #1 player in the generic segment. From 2008 to 2012, Teva Pharmaceutical Industries Ltd (ADR) (NYSE:TEVA) nearly doubled its revenue base through major acquisitions, including Barr Laboratories in 2008 and Cephalon in 2011. However, the company has struggled to generate strong profit growth, due to rising competition in the generic segment and government pressure to lower drug costs, especially in the European Union.

In FY2012, Teva generated somewhat lackluster results, with increases in revenues and adjusted operating income of 11.0% and 8.8%, respectively, versus the prior year. The company’s sales growth was helped by gains in its specialty drug business, primarily due to the Cephalon acquisition, as well as a solid increase in its large pharmaceutical ingredients unit. However, Teva’s generic segment reported fairly flat results, which was a consequence of management’s decision not to bid on contracts in certain ultra-competitive markets.

Putting the elephant gun away

Given that Actavis and Teva are seeking growth in the specialty drug arena, Valeant’s purchase of a generic drug giant would seem to be ill-advised, except at rock-bottom prices. While Valeant’s management seems intent on completing another mega acquisition, its best bet may be to focus on its current operations. It also has unfinished business on the integration of its recent acquisitions, including its recent purchase of Obagi Medical, a niche provider of topical dermatology products.

In FY2012, Valeant generated sales growth of 44%, with over 90% of that growth coming from acquisitions completed in 2011 and 2012. While the company’s neurology segment was hurt by declining sales of its Wellbutrin XL depression drug, due to generic competition, Valeant offset this result with strong gains in its dermatology and over-the-counter franchises. In addition, the company continued to generate positive effects from its 2011 iNova acquisition, which added key market exposure in the Asia-Pacific and Sub-Saharan Africa regions. Looking ahead, Valeant expects at least $275 million in 2012 operating synergies from its recent acquisitions, which should provide essential cash flow to improve its financial profile.

As Valeant has grown larger over the years, its management’s ambitions seem to have also risen with a similar trajectory. Much like junk bond financing in the 1980’s, the current low-interest rate environment is creating perverse incentives for companies to complete acquisitions with questionable economics. When interest rates eventually rise, under-capitalized companies will feel the brunt of their free-wheeling decisions. Given constant changes in drug reimbursement policies, especially in the government sector, investors would be well advised to take a wait-and-see approach with these leveraged drug leaders.

The article Sticking With a Winning Strategy originally appeared on Fool.com.