DALLAS (AP) — American Airlines resumed most flights Wednesday, a day after a massive technology failure forced the nation’s third-largest carrier to ground all planes from coast to coast.

Some lingering problems remained. At midday, American and regional offshoot American Eagle had canceled more than 200 flights, according to flight-tracking service FlightAware.com. But that was a huge improvement over Tuesday, when American and Eagle cancelled nearly 1,000 flights and delayed another 1,100. 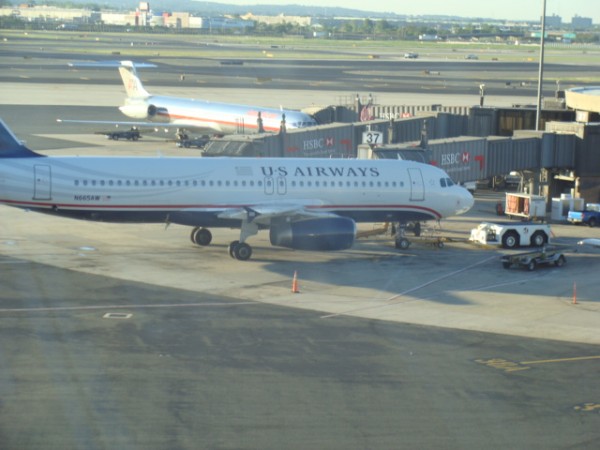 Some of Wednesday’s cancellations were because of bad weather in Chicago and a lack of crews and planes in the right places. The airline added five unscheduled flights to accommodate passengers stranded in Chicago, Dallas, and Los Angeles, Huguely said.

The company blamed the breakdown on a “software issue” that knocked out both primary and backup computer reservation systems, which are also used for everything from issuing boarding passes to determining how much fuel to pump into planes.

The failure affected nearly two-thirds of scheduled flights aboard American and American Eagle. And it was a public-relations nightmare for American, which is preparing to merge with US Airways Group, Inc. (NYSE:LCC) to become the world’s biggest carrier.

Passengers took to social media sites to criticize the airline, which for hours could only apologize and say that it was trying to fix the problem.

On Wednesday, American posted a video apology from CEO Tom Horton that provided the airline’s most detailed explanation of the outage.

“As you’d imagine, we do have redundancies in our system,” Horton said, standing in front of employees and banks of computer monitors in the airline’s control center in Texas. But in this case, the software trouble had wide-ranging effects.

The man who will lead American in a few months, US Airways Group, Inc. (NYSE:LCC) CEO Doug Parker, has said he would prefer to convert his planes and employees to American’s computer system rather than the other way around.

US Airways Group, Inc. (NYSE:LCC) declined to comment on whether Tuesday’s breakdown would cause Parker to rethink his plans.

Flights already in the air were allowed to continue to their destinations, but planes on the ground could not take off. And travelers could do little to get back in the air until the computer system was restored.

Airlines rely on computer networks for flight reservations and many other functions, including tracking passengers and bags and updating flight schedules and gate assignments. The systems are also used to file flight plans and tell employees which seats should be filled to ensure that the plane is properly balanced.