The merger of US Airways Group, Inc. (NYSE:LCC) and American Airlines took another step closer to reality, and airline stocks across the industry cheered the news. But there’s another side to the creation of another giant airline. Fewer airlines, particularly national airlines, means lower supply, and that means higher prices for you and me. So while investors are celebrating today, those looking to plan a vacation will pay the price. 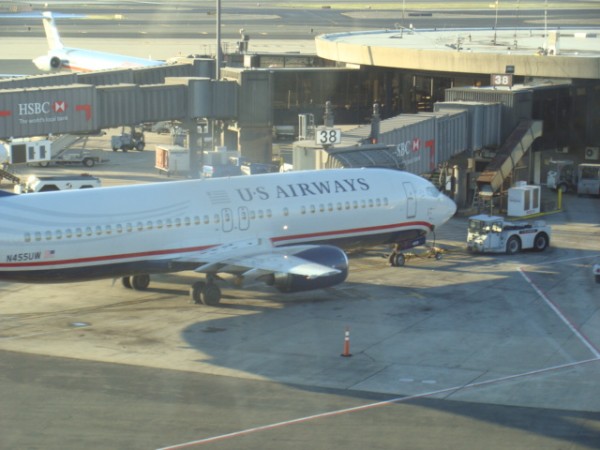 More consolidation and fewer choices
Bankrupt AMR Corporation, which owns American Airlines, filed a plan to exit bankruptcy pending a merger with US Airways Group, Inc. (NYSE:LCC), creating the largest airline in the U.S. The plan details how much of the new company stakeholders would end up with, along with other issues that have complicated negotiations. AMR creditors and unions would own 72% of the new company, with US Airways Group, Inc. (NYSE:LCC) shareholders owning the remaining 28%.

One of the sticking points was executive positions and CEO pay. Under the latest plan, AMR CEO Tom Horton would get a proposed $20 million severance if the deal goes through. The offer was brought back into play today after a federal judge denied a similar payout in previous negotiations. If you want to see just how much airline executives care about unions, bondholders, and customers, just take note of how much time and energy they’re spending to make sure the CEO of a bankrupt company gets a multimillion-dollar bonus on his way out the door.

It looks as if the only thing standing in the way of a US Airways Group, Inc. (NYSE:LCC)-American Airlines merger is antitrust regulators, which have had little problem with industry consolidation in the past. Delta Air Lines, Inc. (NYSE:DAL) merged with Northwest, United with Continental, and Southwest with AirTran in recent years. Why should this merger be any different?

If the deal does go through, there will be even fewer choices for customers. Less supply means higher prices, which will cost consumers and line the pockets of airlines. That’s why investors are bidding up shares across the industry today.

Those on the sidelines benefit the most
Two of the notable movers today are Delta Air Lines, Inc. (NYSE:DAL) and United Continental Holdings Inc (NYSE:UAL) , which are up 5.3% and 5%, respectively. Investors and executives couldn’t be happier about a US Airways Group, Inc. (NYSE:LCC)-American Airlines merger, because they’ll get the benefits of lower supply without lifting a finger.

If you’re looking to invest in airline consolidation, these are the two I would look at. US Airways Group, Inc. (NYSE:LCC) has its own history of bankruptcy, and its combination with another bankrupt airline has trouble written all over it.